Get to know the team – Patrick Tomelitsch

Get to know the team – Patrick Tomelitsch

Today we got a hold of our fourth and final founder to sit down for a chat. Hi Patrick!

I am one of the founders. I had the idea for the company back when I was still very actively playing the game and traveling the world to do it. I was constantly talking about the concept of traveling worldwide and trading at events with Wenzel [Krautmann].

Oliver [Polak-Rottmann] was interested right away and after trying a bunch of combinations we ended up with David [Reitbauer] as our fourth founding member.

Not a lot at the moment. I have invested in the company and I am a founder but I mostly work for my other, main company, a tech startup. Therefore, I am not involved in any of the day to day stuff but I proudly wear the Three for One colors and logo at events!

I can’t really name the exact time but back in school everyone in our town started playing the game. It was our favorite way to kill time during our commutes on the train. I think I was just about 10 years old, so that is already over 20 years ago. Tempest was still available in stores and my first deck at my first tournament had Tolarian Academy and Mana Vault.

As mentioned, I started with Tempest and [Urza’s] Saga but I REALLY started collecting and playing with [Urza’s] Legacy and [Urza’s] Destiny. I am remembering buying a starter deck with Ancient Silverback on the packaging.

Sadly I never made top at of the many Grand Prix events I’ve played, but I came close with a couple of ninth place finishes. I did, however, play a bunch of Pro Tours (I think seven) and reached the Top 8 of Austrian Nationals once.

At times where I was involved and played a lot, I always had success at events, like PTQs and the legendary Styrian Championships. My most emotional victory came at a PTQ for Pro Tour Kobe, at the Magic Corner in Vienna. I was just 15 years old and had to call my dad before the final to get his permission to play the PT in case I’d win.

It was tough, because my finals opponent was a good friend from Klagenfurt (Günther Schwagerle) and I would have conceded if I couldn’t go.

Luckily my dad supported it, I won and had a fantastic year playing the Pro Tour and travelling the world. I even went to Hawaii to play Magic. During the year I had to negotiate the extra absences from school with the headmaster. That worked out as well. 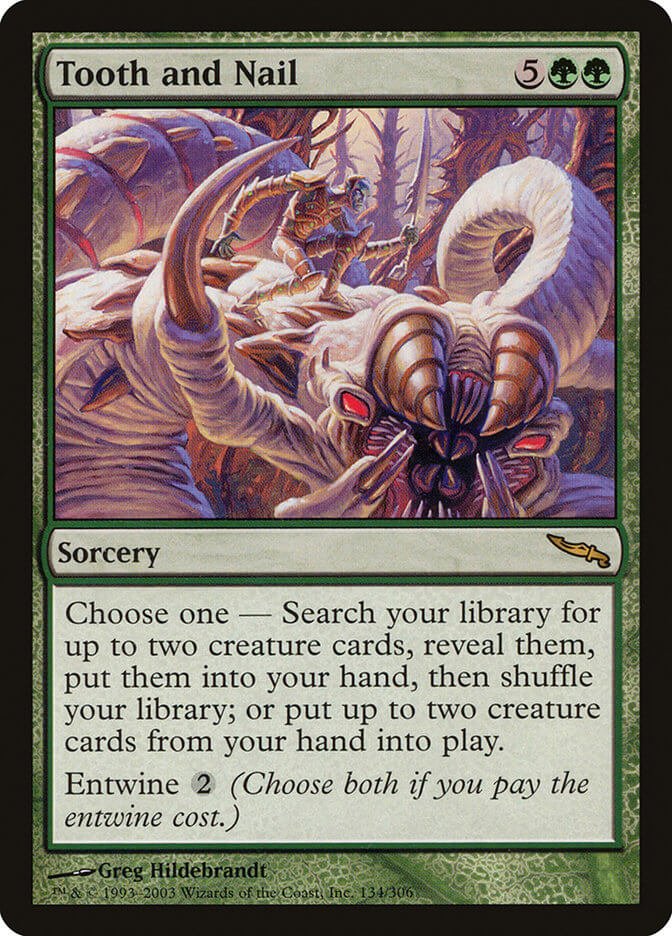 Overall, it has to be Tooth and Nail, but there have been many cool cards that worked really well for me, that I like a lot.

The most beautiful card ever printed (in my opinion) is the original art Birds of Paradise.

Tooth and Nail, for a long time. During the “Extended” period it was UW Solution, which was great against the meta and I took it to two ninth place finished at Grand Prix events.

Nowadays it is UWR Control in Modern. Whenever something similar is available I feel like I can pick it up and do well with it.

Magic: The Gathering was and still is a big part of my life. It took me to almost all corners of the world. It was one of the reasons I became an entrepreneur. I love competition but I also know about the importance of having a great team and tight international contacts.

I am a bit sad that organized play is no longer what it once was. Still, I feel, that “playing Magic” is not yet something I am done with. Whenever I am watching a stream or read some of the latest news, I can feel that I am not done yet. We’ll see if and when I will make a comeback of sorts.