Get to know the team – Philippe Zens

Get to know the team – Philippe Zens

If you recently liked a post from us on Facebook or Instagram, there’s a good chance that Philippe was responsible for it. You can learn more about him and his work for us in this blog entry!

I try my best to help Charly out in Marketing. That means I’m responsible for Instagram and Facebook, I take pictures, make videos and edit them. In addition I also edit blog entries (like this one) or take care of weekly updates, like our tournament calendar or deals in the store.

We started playing the game in our youth club back in 2002. Back then the Yu-Gi-Oh! TCG was pretty popular among some of us until a friend showed us his Magic cards. The hype around Yugi was over almost instantly and we all agreed that Magic was the best game in the whole world.

Unfortunately, I paused the hobby around 2012. A few years ago I found my passion for it again, started making new decks and finding people to play with.

Onslaught and 8th Edition! I still got the theme decks from those sets and use them as card storage.

I’m a 100% casual player, so my personal highlights are small things, for example when I won against one of the 341 founders in a sealed tournament.

Other “highlights” are things that happened at the game table. There is this one memory from a Commander game, which will haunt me until I die, where I tried to wipe the board with Reiver Demon, forgetting that I’d cast Darkest Hour only a few turns before.

If I really have to pick one favorite card, it would be Pestilence. Back in the days I had a mono black Pestilence deck. Together with cards like Crypt Rats and Kokusho, the Evening Star it made quite the name for itself in our kitchen table meta. 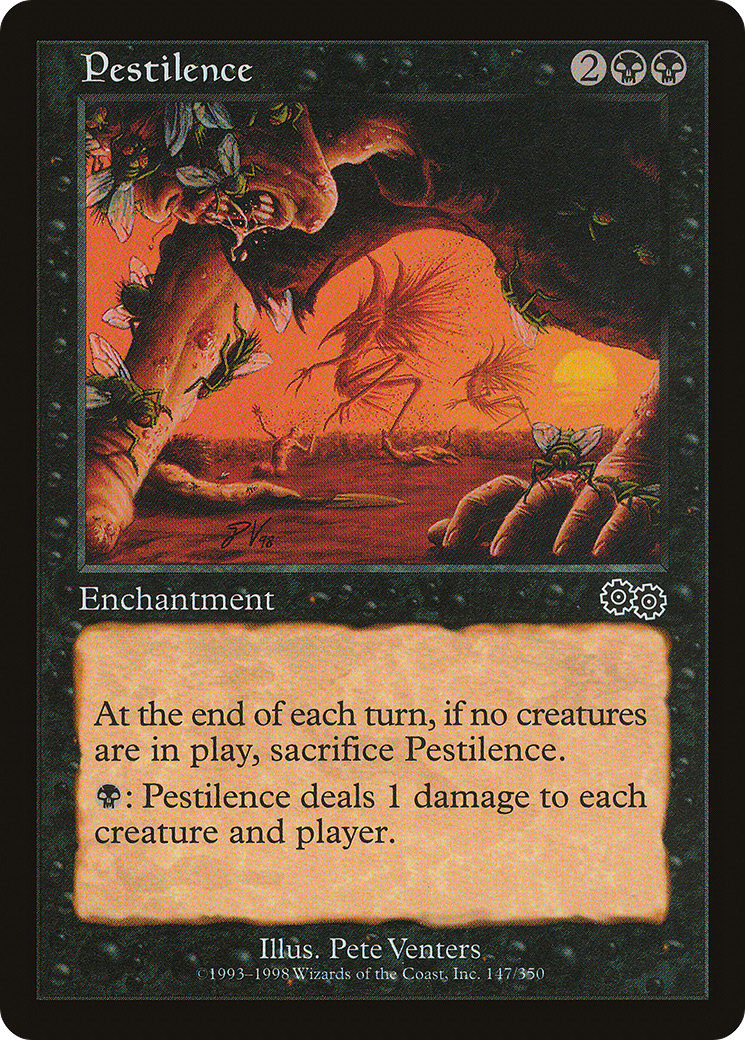 That’s always the deck I’m currently working on. At the moment these are two Commander decks: The Reality Chip with Myr tribal and Ishkanah, Grafwidow.

I work voluntarily as the graphics person for Start with a Friend Austria. The organisation establishes friendships between austrians and refugees.