Get to know the team – Stefan Kogler

Get to know the team – Stefan Kogler

In case you have stopped by our store in Vienna’s 16th district, you will have most definitely seen Stefan at the counter. We don’t want to spoil much and therefore prefer him telling you what he’s doing around our trading card game store.

I was able to gather some work experience at other Magic stores before I joined Three for One Trading full-time in June 2021.

As store manager I have quite the diverse array of resonsibilites. Most visibly for others is my duty at the counter, serving customers, keeping our products on the shelves, open and distribute incoming mail and so on.

I am also working with the various departments – buying, listing and fulfilment, with the goal to keep everything running smoothly.

Finally, if it is needed and my time allows it, I am helping out at the above mentioned departments.

Great question that I can’t really answer precisely but it had to be around 1995/96. My family was really into board and card games (but more classical ones). I wasn’t really good at them so I was looking for something else. My cousin came around, brought his Magic cards, and the rest is history!

4th Edition and Ice Age was fresh on the shelves in my local game stores. I was buying Mirage starter decks and then, with great enthusiasm, the latest expansion: Stronghold. Up until today this is my favorite Magic set ever.

I had some highlights, although I never reached the very top.

First I have to mention competing in Pro Tour London in 2005. Kamigawa block was a special set for me but unluckily I caught a really strong table with a couple of Dutch pro gamers: Kamiel Cornelissen and Jelger Wiegersma.

I also reached the top 8 of the Austrian Nationals once and played in a day 2 of a Grand Prix. 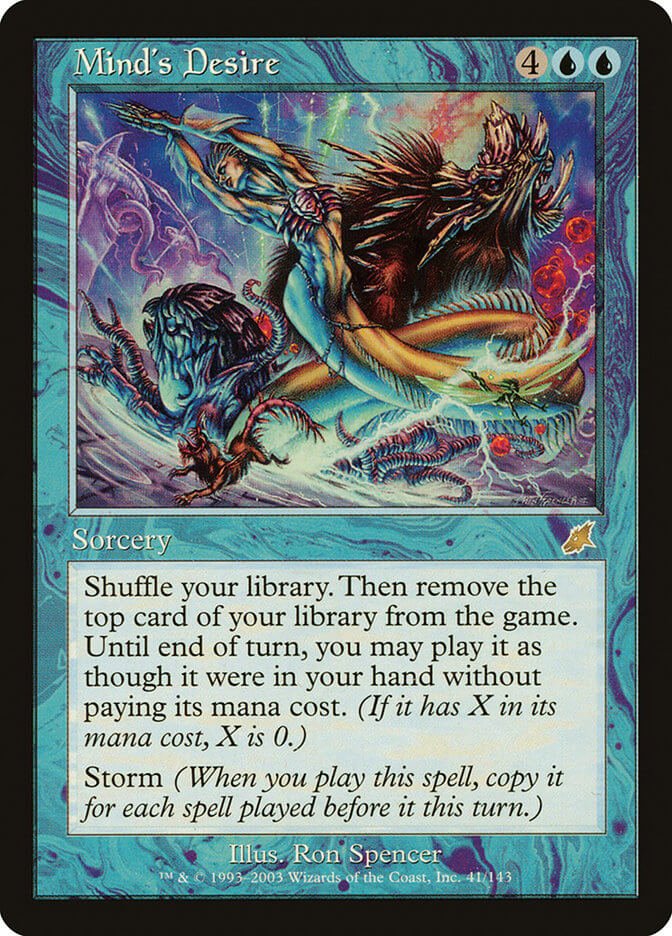 I have more than one favorite. Every stage of my playing “career” has one highlight card that I am especially fond of:

Mind’s Desire (GP day 2), Pyromancer Ascension (Nationals Top 8), Mox Diamond (Stronghold!), Rishadan Port (THE card in Standard back in the day), Birds of Paradise from 5th edition (but just after we learnt what makes this card any good it became a status symbol in our group of friends) … and for no particular reason Jester’s Cap from Ice Age: Cool name and artwork, and just an overall great Magic card.

Mind’s Desire from when there was still an Extended format is my clear number 1 pick!

I was an early adopter of Desperate Ritual and Wild Cantor at PTQ’s and the deck carried me to a day 2 performance at GP Vienna.

Still fondly in my memory is my first competive deck: BG Rock featuring classics like Pernicious Deed, Yavimaya Elder, Volrath’s Stronghold in combination with Spike Feeder and of course Vampiric Tutor to search for a couple of silver bullets.

Probably that I was quite successful playing handball in my youth. Unfortunately this carreer was put the an end abruptly by a severe shouler injury.

Nowadays, me speaking Chinese and pretty good Japanese surprises people that don’t know me. Next on the list: Korean. Now you know why the Kamigawa block is that appealing to me as well.