Good morning, readers. I’m PieGonti, and I’m known for being a MTGO Grinder, and a Modern specialist.

This means that I tirelessly search for Modern decks that are both quick and strong. My goal is not to win every match I play; instead, I want to farm enough money with a deck, using the winrate/time ratio in MTGO Modern Leagues.

For example, 4c Yorion, a deck that I recommend for a Challenge/PTQ doesn’t cut it for my purpose.

Leagues with 4c Yorion are usually a very slow affair, and the same amount of time I use to play 5 matches with 4c (usually between 2 and 3 hours) is the same I can use to play two or three leagues with something quicker.

Today, I’m here to show you this “something”: Oops! All Spells

The deck abuses the MDFC Lands, to mill the whole deck and do a couple of shenanigans: MDFC are counted as spells, so in combination with cards like Balustrade Spy and Undercity Informer they basically make one-card-combos.

This is how the combo works

You mill your deck:

Let’s start with a quick analysis of cards:

21 lands, 7 black sources, 3 taplands. I think this is the perfect number to avoid flooding or mana screw. Maybe it can even seem a bit of anhigh number, but I like to have good percentages of drawing lands when I mulligan.

9 mana rocks to ramp and make the turn 3 kill more likely. Pentad Prism is your most important card, since you don’t need a third land to go off if you cast it with 2 colours.

4 Creeping Chill, 4 Vengevine, 3 Sword of the Meek, 2 Narcomoeba, 1 Salvage Titan: This is our combo package, and we usually never side these out.

Jack-o’-Lantern, Thassa’s Oracle, Memory’s Journey: all those cards have text. I usually like to keep the Oracle in hand when I draw, so I might just win on spot with 6 mana, milling my whole deck and slamming the 1/3.

I regularly cast Jack-o’-Lantern to mess up with opponent’s graveyard, mostly agains Dragon’s Rage Channeler. It’s also a precious cantrip you can use to dig deeper if you need something.

Phantasmagorian is here to solve problems: if you draw a Sword of the Meek or a Vengevine it might be difficult to go off, since you need those cards in the bin.

After you have all your library cards milled, you can use Phantasmagorian’s ability to ditch those cards and then use them to win. Just remember to properly time it! So if you have a Sword in hand, make sure to discard it before the last Narcomoeba entered the battlefield.

Mulliganing with this deck is quite easy, as you want only hands that can come up with a turn three or four win. I like to mulligan away all the hands that don’t fulfil this requirement from seven cards, down to four. On four cards, I usually keep two lands and a mana rock.

Don’t hesitate taking your mulligans since you can easily win on turn 3, even with a three-card hand.

These are here to bounce the hate card, then combo off. I like Void Snare because it’s one mana to solve everything, from a Tormod’s Crypt to a Sanctifier en-Vec, to a Leyline of the Void.

Zero mana counterspell! Make sure to use it only during your turn (or to protect a Charbelcher), because you’ll lose on your upkeep otherwise.

When graveyard hate is making things too hard, mostly versus Rest in Peace, I like to add one more copy of Charbelcher. This card is mostly good against slower and controlish decks, because you have to wait one turn to win after you play it out.

Here to take care of problems. I like it mostly to fight Endurance, but it can also help generally versus other combo decks and countermagic decks.

Even if I’m not playing it mostly for what I wrote in the beginning, Prismatic Ending can help you more than Void Snare if you’re playing against a known metagame.

If you want to play it, I’d recommend cutting 3 Sphere and 1 Talisman of Dominance for 4 Talisman of Hierarchy.

Before talking about how to side specifically in every matchup, I’d like to list everyone of the graveyard hate cards played in this spot of the meta, so I can be more schematic in the guide below.

Let’s see how they try to beat us and how we counter.

Game 1 is quite a simple affair: who starts the game usually wins. Make sure to keep a turn 3 kill hand. Sometimes, if they have Colossus Hammer and Shadowspear, it might be better to not attack with Vengevines and wait for Oracle to show up and save the day.

Game 1 is quite easy. Just cast one Balustrade Spy or Undercity Informer and you should win on the spot. Their Drown in the Loch usually is turned off, so their only interaction is given by discards.

Easy matchup, they typically have a bad time interacting.

If you see Counterspell(s), you might want to board in 2 Pact of Negation and cut 1 Vengevine 1 Jack-o’-Lantern.

Game 1 is all about resolving stuff, so make sure to use Pentad Prisms counters carefully. Game 2 is kinda the same, but you might play against some graveyard hate.

On this day you can cut a couple of Belchers to add more discards. If you see many Relics, you can bring in 2-3 Void Snare instead.

This matchup is almost a bye. The only good card here is Prismari Command dealing with your prism. Post side, they have Endurance.

This is obviously a race, but luckily we are usually in the advantage.

or vs Rest in Peace -4 Void Mirror

+4 Pact of Negation (vs Silence)

Close matchup. Game 1 might be tough depending on the amount of discard spells they see. The outcome of game 2 and 3 is dependent on us getting Leyline of Sanctity.

Easy matchup, as they struggle to deal with our combo, and they’re frequently slower.

I like to keep the whole Oracle plan since they might have random relics. Make sure to not draw Narcomoeba tho!

This matchup is a race, and we are having the advantage on the play.

Depending on the keep, might be easy or difficult. I often like to jam multiple times. If they don’t have the right counter in the right time, they’re dead. After boarding, play is slower, and we keep hands with protection and four lands rather than superfast stuff.

This deck usually is straightforward at doing what it does, but sometimes might be tricky. I will post a couple of screenshots and let you find the line:

Our opponent is playing Heliod, and we both agreed he has infinite life. I untap and draw a blank.

What’s my line to win the game?

Answer: I sacrifice one creature with Undercity Informer to mill my deck. I cast Void Snare on my Thassa’s Oracle and recast it. I win the game.

How to win here?

Answer: I cast Awakening with x=3, I sacrifice the Spy milling the deck. I play Thassa’s Oracle to win.

I’m having good success with this deck, keeping a winrate around 70 %. I feel the deck isn’t busted but might be in a good spot exploiting a fast and unfair strategy against decks that tend to go over the top with companions and Expressive Iterations.

Furthermore, I am very happy that I can share my insights about the deck in this free article, and I want to dedicate this article to all my grinder friends who play MTG/MTGO to make some money in these tough times.

Andrea Piemonti is better known in der MTG-MTGO community under his pseudonym, PieGonti. He is grinding and streaming Magic Online full time, and we are happy to have him as one of our authors on the Three for One Trading Blog team.

Andrea is an avid Modern player and loves to innovate decks and dig deep through the new sets and cards. 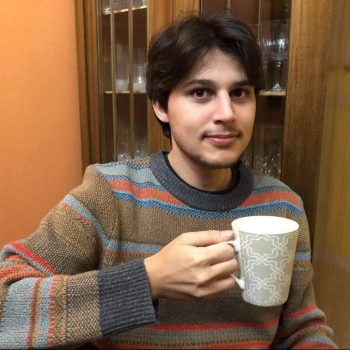 All Articles by Andrea Piemonti

We asked our seasoned team of authors a tough question: What do they think are the best ten multicolored cards in Magic the Gathering's Modern format. We then went a step further and created a Top 5. Learn what they think about the very best cards of one of the game's most popular formats.

We asked our seasoned team of authors a tough question: What do they think are the best ten lands in Magic the Gathering's Modern format. We then went a step further and created a Top 5. Learn what they think about the very best cards of one of the game's most popular formats.

We asked our seasoned team of authors a tough question: What do they think are the best ten artifacts in Magic the Gathering's Modern format. We then went a step further and created a Top 5. Learn what they think about the very best cards of one of the game's most popular formats.

We asked our seasoned team of authors a tough question: What do they think are the best ten green cards in Magic the Gathering's Modern format. We then went a step further and created a Top 5. Learn what they think about the very best cards of one of the game's most popular formats.

We asked our seasoned team of authors a tough question: What do they think are the best ten red cards in Magic the Gathering's Modern format. We then went a step further and created a Top 5. Learn what they think about the very best cards of one of the game's most popular formats.

We asked our seasoned team of authors a tough question: What do they think are the best ten black cards in Magic the Gathering's Modern format. We then went a step further and created a top 5. Learn what they think about the very best cards of one of the game's most popular formats.

We asked our seasoned team of authors a tough question: What do they think are the best ten blue cards in Magic the Gathering's Modern format. We then went a step further and created a top 5. Learn what they think about the very best cards of one of the game's most popular formats.

You are looking for a deck that's both quick and strong in Modern? Look no further and check out our latest deck guide by Andrea Piemonti on Oops! All Spells, a fast and resilient combo deck to bring to the MTGO queues to battle.

My top picks for Modern from Innistrad Midnight Hunt Author: Andrea Piemonti Good morning, MTG Players! Today, I’m here to talk about the impact of Innistrad: Midnight Hunt on the Modern panorama. I’m very excited to write about this because Innistrad has always been my favorite plane.

Our newest staff writer Andrea Piemonti picks his top 5 cards for modern from Magic the Gathering's latest set, Adventures in the Forgotten Realms. He also puts in some extra honorable mentions.