How to navigate the new landscape of the Modern format

Just one mana for a 2/1 that ramps and generates card advantage? An enchantment-land that produces uncounterable threats while digging up silver bullets?

Magic’s most recent premium set, Modern Horizons 2 (MH2) set a new standard for what Modern cards can and should do. And it also sets new standards for what players should expect to pay for these cards.

With Modern Horizons 2 at peak supply, that is, millions of boosters opened and tens of thousands of singles flooding the market, a playset of Ragavans will still set you back well over €200, while four copies of Urza’s Saga go for around €100.

For experienced players who own a large Modern card pool, these prices may not be that big of an obstacle, since they likely will have to add only a few singles to their collection to adapt to the metagame.

But for players who are new to the format or players who only have one deck that they mastered over time, the financial burden of the new staple cards can pose a severe boundary.

Is this a new Trend?

To an extent, this is nothing new. Modern has always been an expensive format. Coming from Standard, where Pathways are your most valuable lands in terms of money, the manabase of a Modern deck alone will likely slaughter your piggy bank.

Traditionally, Modern decks were so expensive because of the lands they use – which is usually a combination of Fetch- and Shocklands. Recently, though, non-land cards make up for an increasingly large proportion of a deck’s cost.

This is exemplified by format all-stars like Force of Negation, Wrenn and Six or the new elemental incarnations of MH2.

The woes of a dynamic metagame

Additionally, the Modern metagame is today more dynamic than ever, with changes in the tier list occurring almost weekly. It seems that aspiring Modern players should be ready to constantly invest in new staples to keep up with the ever-changing landscape of the format.

But what if you don’t have the possibilities to continuously acquire new, power creeped cards, or if you just don’t want to make your hobby a financial liability? Should you just step away from Modern then and look to play something else? I don’t think so.

As mentioned above, Modern is a dynamic format with various viable decks and strategies, none of which is without weaknesses. This is why there is an answer for everything in Modern.

This article will discuss a few strategies, cards and decks that are relatively affordable and at the same time pose serious competition for the top tier lists revolving around Ragavan, Urza’s Saga or W&6.

Blood Moon is the police of the Modern format. This three mana enchantment is no joke.

Due to its several reprints, newer versions can be acquired for around €10. Assisted by Arbor Elf (~€0.5) and Utopia Sprawl (~€8) it can come down on turn 2 quite consistently. This can lead to some quick concessions, especially in game one and on the play.

In the current metagame, Blood Moon is able to disrupt a wide array of strategies while also killing the ever present Urza’s Saga on the spot.

Now, while this deck relies on the above-mentioned Urza’s Saga to become competitive, the MH2 land is the only card in the deck that commands a price tag over €10. With Mishra’s Bauble coming in as the second most expensive card.

The rest of the deck is composed of the traditional Affinity creatures and zero mana artifacts to ensure an explosive start.

While being vulnerable to sideboards, this deck can usually steal a win in game one against most opponents. Post-board it becomes a game of cat and mouse where the Affinity player needs to dodge the artifact hate and the opponents need to draw their answers. Otherwise, our army of artifacts just take over the game and take home the win.

While MH2 brought some truly broken cards to create decks like UR Murktide or 4c elementals, Affinity players also got some goodies.

Thought Monitor is the biggest addition, basically being a Thoughtcast on a stick. Nettlecyst might cost a little more than Cranial Plating, but it allows the deck to play more than four cards with this game winning effect.

Affinity is not a reactive deck and as such it does not have specific answers for the new and ever more powerful cards. But it does not need to have them. Instead of fighting particular problems, Affinity wants to be the problem.

While Affinity is poised to become the fastest, hardest hitting Aggro deck in the format, Lightning Bolt remains one of the best cards in Modern.

There are two decks that maximize the potential of the 1-mana instant: Prowess and Burn.

In a vacuum, Ragavan is the best red one drop ever printed, but in a deck with many cheap burn spells, the prowess one drops Soul-Scar Mage and Monastery Swiftspear are better options.

With MH2’s Dragon’s Rage Channeler, the Prowess deck now has its own Delver of Secrets while also providing card selection.

And all of these one-drops are quite affordable! The rest of the deck is composed of traditionally cheap spells, both mana- and money-wise.

While your opponents try to assemble their colorful manabase or work on filling up their graveyards, a good draw from the Prowess or Burn decks can often come up with a turn 3 kill.

With Lava Dart and the before mentioned Blood Moon these decks also have the single best answers for the format defining pilfering monkey and the powerful enchantment land.

To recap, the three decks/strategies/cards presented above are great and affordable choices in the current Modern metagame.

All of these decks/strategies are relatively affordable, with Affinity and Prowess coming in at around €150 for a good version of the deck.

Blood Moon decks can get more expensive, as they are often midrange decks trying to grind out their opponents. But it also has its place in aggressive red strategies. For €10 a copy, you get a truly unique effect that can shut down many of the greedier decks of Modern.

The strategies presented above are only a minor fraction of the various budget strategies that are viable in Modern. They just happen to be the ones I feel closest to.

Other people might have a totally different list, and I think this further strengthens my point, that Modern continues to be a complex and unsolved format.

To conclude, if you don’t want to spend €140 for two copies of Ragavan, but would rather have an entire deck for the same price, Modern still has a place for you.

Interestingly, the best way to fight back against the newest, ever more powerful cards of Modern is not necessarily to get those cards yourself.

Sometimes, it is the older, much reprinted, evergreen powerhouses that provide the best solution, while at the same time being much more affordable. For me, it is sport on its own to try to beat the luxurious Ragavan or Elemental decks with the most humble of resources.

People who want to play the newest and most pushed cards have to be prepared to die with seven cards in hand against a reckless burn or Affinity deck. People playing €500 manabases need to be aware of the possibility that a 3-mana enchantment turns their Misty Rainforest into €40 basic mountains.

Modern is a format for the rich and privileged, but it is also a format for the brewers and the Aggro players trying to nullify their opponent’s financial advantage. In Modern, there is no deck without bad match-ups, no strategy without weaknesses.

Therefore, it is not true that you always need the newest and most powerful cards to compete, even if the new releases want to suggest that you do.

Modern is still the very much a format of Memnites, Lightning Bolts and Blood Moon, and it does not look like this is about to change in the near future.

Sebastian Rosenauer is a Masters student of philosophy and economics and an avid Magic: The Gathering player. He learned the game in high school, but it was not until Throne of Eldraine that he started playing more competitively.

His favorite format is Modern, as he enjoys the high power level combined with extensive deck building options, and he loves the ever-changing metagame that Modern offers nowadays, as it presents new puzzles every week.

Magic is an intellectual challenge for his, as well as a wonderland of imagination. He likes to engage with the more theoretical aspects of the game just as much as he enjoys being a master artificer that leads his army of constructs to the battlefield.

Sebastian is constantly learning more about the game as he tries all kinds of different decks and learns more about newer and older cards. He is looking forward to taking you with him on his learning adventure so that we all can become better Magic players together. 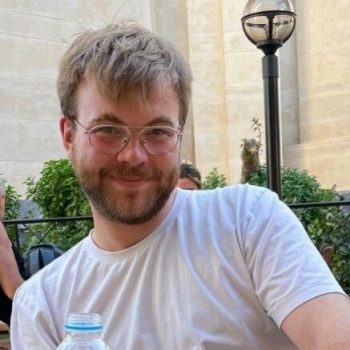 All Articles by Sebastian Rosenauer

We asked our seasoned team of authors a tough question: What do they think are the best ten artifacts in Magic the Gathering's Modern format. We then went a step further and created a Top 5. Learn what they think about the very best cards of one of the game's most popular formats.

We asked our seasoned team of authors a tough question: What do they think are the best ten white cards in Magic the Gathering's Modern format. We then went a step further and created a Top 5. Learn what they think about the very best cards of one of the game's most popular formats.

We asked our seasoned team of authors a tough question: What do they think are the best ten green cards in Magic the Gathering's Modern format. We then went a step further and created a Top 5. Learn what they think about the very best cards of one of the game's most popular formats.

We asked our seasoned team of authors a tough question: What do they think are the best ten red cards in Magic the Gathering's Modern format. We then went a step further and created a Top 5. Learn what they think about the very best cards of one of the game's most popular formats.

We asked our seasoned team of authors a tough question: What do they think are the best ten black cards in Magic the Gathering's Modern format. We then went a step further and created a top 5. Learn what they think about the very best cards of one of the game's most popular formats.

We asked our seasoned team of authors a tough question: What do they think are the best ten blue cards in Magic the Gathering's Modern format. We then went a step further and created a top 5. Learn what they think about the very best cards of one of the game's most popular formats.

Modern is an expensive format to play. Is it? We asked our author Sebastian to come up with three decks that dodge the bullet of breaking the bank and still having fun while playing competitive Modern.

Aftermath: Modern Horizons 2, worth the hype?

What remains after the Hype? Modern Horizons 2 revisited Author: Sebastian Rosenauer The summer is over, Innistrad Midnight Hunt is being drafted in local stores, and Throne of Eldraine is no longer a Standard-legal set. We are in Q3 of the Magic: The Gathering release calendar.

Sebastian presents three effective tips on how to survive as a Magic player in Modern on a budget. Is it even possible to compete with budget cards in a world full of power creep and price increases?