The first third of last month, 10 June, saw the release of the second Magic the Gathering Commander Legends Edition, another crossover with the fun-tastic role-playing game Dungeons & Dragons.

Keeping the motto “Draft your Party. Build your Legend.”, the set dives with us into Faerûn to discover legendary monsters once again. Alongside the Draft Boosters, four pre-built decks (Party Time, Mind Flayarrrs, Draconic Dissent and Exit from Exile) were released. From this new set, I would like to present a selection of cards that are my new favourites and definitely worth a try.

Gone and Somehow Still There

Not only is the illustration itself incredible awesome, the effect of the Displacer Kitten will make the hearts of flicker or copy deck owners beat faster. For 3U, each self-cast noncreature spell can have up to one nonland permanent that you control phase in and out. The possibilities here are seemingly endless, as are the triggers you can create no matter what deck colours you play. Off the top of my head, combos like Kitten, Dockside Extortionist and Reiterate; cards like Archaeomancer (along with, say, Time Warp or Ghostly Flicker), Eternal Witness, Cloud of Faeries, Peregrine Drake or Intruder Alarm come to mind. In any case, this card has to be in my Errant, Street Artist deck to make the one or other let’s-go-infinite combo a “kittenfinity”. 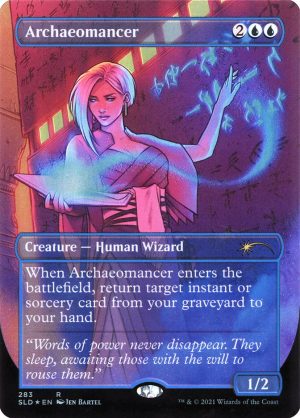 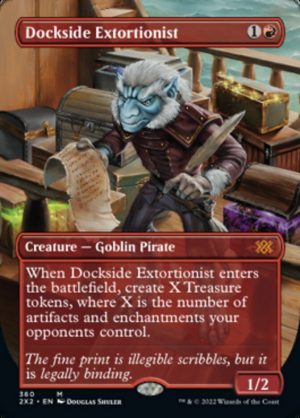 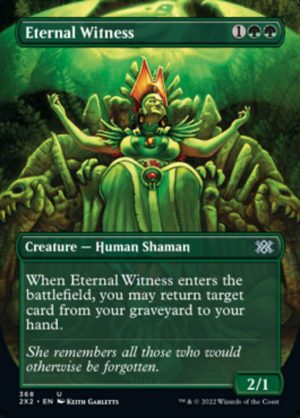 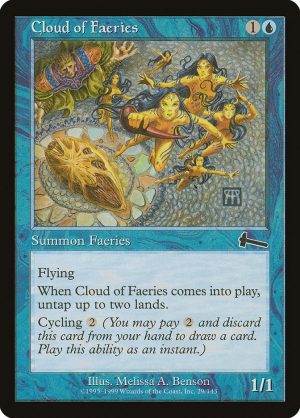 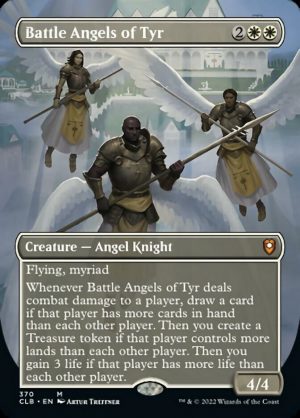 My Sword for Tyr

After Angels got a good new Tribe Commander in Giada in New Capenna, mono-white Angels have come back into my focus. The Battle Angels of Tyr bring a strong creature to the commander format for 2WW, as most games are 2+ players. The best point of the angel, in my opinion, is the myriad ability, which copies the war angel for each additional enemy participant.

If the angel causes combat damage to the opponent, one to three triggers occur: if the opponent has more lands – generate a treasure token; more cards – draw a card; more life points – gain three life points.

Since several opponents are attacked, the chances of having at least one of the three possibilities triggered increase significantly. My biggest problem with mono-white decks has been time and again the mana ramp and the severely limited ability to draw new cards. With Battle Angels, this problem can be temporarily solved to compensate for any disadvantages in the game, to bring the mana base closer to that of the opponents, or to bring one’s own life points out of the greatest danger zone.

There is Unlimited Knowledge in the Archive

The mentioned lack of hand cards that can occur, however, can be circumvented with another card of the set: Archivist of Oghma. For 1W it can be flashed into the game and offers us a drawn card and a life point every time the opponent searches his deck. 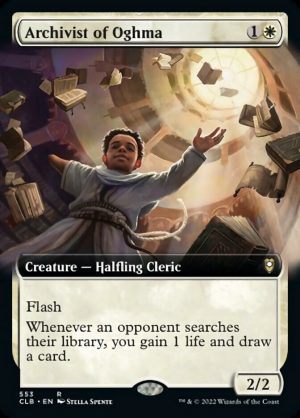 Since different tutors are played sooner or later in each game of Commander, or depending on the colour the deck is searched more often, it can have a rapidly increasing effect when it is still on the field. Even if you fear a quick destruction, you can benefit from the flash at least once.

There is Blood Debt to Pay!

After falling in love with a commander from the last DnD edition, Prosper, I am especially happy about a boardwhipe that gives me an advantage. 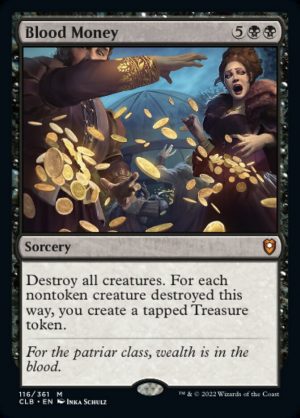 In addition to destroying all creatures, Blood Money gives the active player an advantage for subsequent turns. For each creature destroyed with the spell, a tapped treasure token is created. For me, Blood Money does not play in the highest league of whipes, but it is certainly capable of turning the game around at certain points and redistributing the cards.

The Black Market Brings the Turnaround 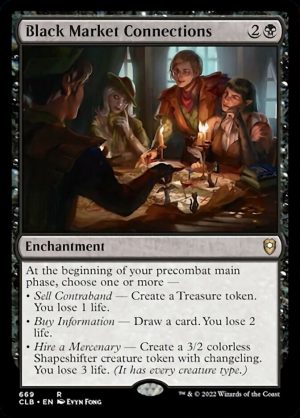 Especially in black, it is common to pay life points to draw cards, destroy monsters or get mana. Of course, it would be best if you could get everything you need in a place to which you already have a connection: the Black Market.

For 2B, Black Market Connections give us three ways to convert life points: one life point for one treasure token, two to draw a card or three for a 3/2 colourless Shapeshifter creature token with changeling.

Having three good ways to trade life points with one card makes this one of the strongest cards in the new deck for me. Through various abilities and spells, you can build up a big cushion of life points that you can let fizzle out without much concern to improve the game according to your own preferences and current concerns of the game.

In addition to all these cards, the ancient dragons (bronze, brass, silver and copper) must be mentioned, which pick up the PnP mechanics of rolling a d20 and offer manifold effects when damage is dealt. As I would also like to try Tiamat as a commander, these powerful fantasy creatures are of great value. The copper dragon stands out among the four dragons mentioned – if the dice are favouring you, there are 20 potential mana.

The Background Makes the Difference! 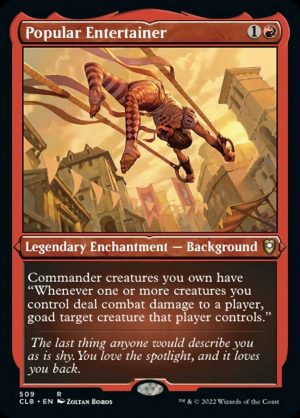 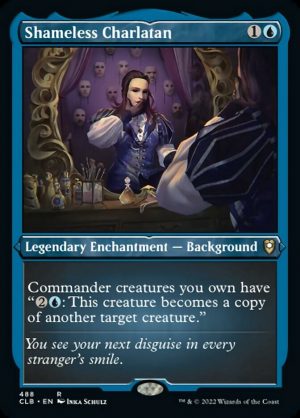 Especially for the commander format, the new background cards as backup commanders bring a fresh breeze into the setting. These backgrounds, which in DnD give your own character another special aspect, have been beautifully implemented here. Since one’s own commander can be seen as the “player character” of one’s own deck – which one has chosen oneself, has also built a beautifully coherent deck around it, has worked out the lore, has probably also woven in the best possible combinations of cards – the background adds the final touch.

Existing in Uncommon to Rare, the strength varies greatly. Shameless Charlatan will be a focus for me, as will Popular Entertainer. For tribedecks, Haunted One and Folk Hero are of absolute importance.