Sacrifice for the greater good

After all my fellow gamers had switched to the Commander format, it was also time for me to create a 100-card deck and venture into uncharted waters.

My previous decks and playstyle were mostly aimed at causing chaos, testing the pain and tolerance limits of the opponent, and surviving long enough for them to throw in the towel in exasperation.

A deck is born

This consideration formed the basis of my deck, which went through several phases of development and change. Since a nice and round lore for my own creations was always important to me, at the beginning there was the idea of how I could implement a Land-destruction and Sacrificedeck.

The first idea I had was an insect and rot set that used Grist, the Hunger Tide as commander. Since the Black-Green combination worked well with Sacrifice mechanics (especially since the Ravnica edition) but left me relatively few options for land destruction, a combination with Red became more and more likely. So, I first stranded myself with Shattergang Brothers, which offer three solid options for sacrifice mechanics.

After a few trial games, in which the three-color combination worked well, I thought further about which creature types were declared “annoying” and “destructive” in various fantasy areas. The Shattergang Brothers already had that creature type, Goblin. In order to generate enough tokens and be able to sacrifice them usefully, I changed the color combination to black-red, classic for destruction and anarchy.

The deck itself is not a highly optimized fast-to- and play-to-win deck, rather one that slowly but steadily wears down the opponent and builds on the fact that sooner or later mistakes are made that reveal a weakness that can be exploited.

So, the deck follows the motto: bombard the walls until they break and then penetrate through the hole.

A good two-colored Goblin commander to put away Boardwipes and other single destructions seemed to me to be Wort, Boggart Auntie.

For 2BR, this 3/3 Goblin creature lets us get a Goblin back from the graveyard every upkeep. It also has fear, which sometimes makes it easier to deal command damage.

Wake up the horde

Besides the commander, there are 30 other creatures in the deck, mostly goblins but also other types, which form a good synergy with the basic idea of the deck.

Starting with the idea that there has to be a steady supply of goblins to burn up, nine creatures serve the deck:

Take what you need

To get the right Goblins in the deck, Goblin Recruiter and Boggart Harbinger are of solid use. The former lets us search for any number of goblins from the deck for the cost of 1R, the latter one for 2B

These two can lead us to the classic Endless combo, which consists of Conspicuous Snoop, Kiki-Jiki, Mirror Breaker, and a random Goblin. The idea behind this is to create infinite tokens that can be sacrificed to inflict damage.

To support this, Mayhem Devil, Goblin Sharpshooter or Torbran, Thane of Red Fell are useful. Torbran increases the damage inflicted by red sources, the Devil inflicts a point of damage to any target when a player sacrifices a permanent card, and the Goblin Sharpshooter – with great design, of course – inflicts a point of damage with tap but can be untapped with any creature that dies.

Three creatures included in the deck push the power of your creatures: Mad Auntie, Goblin Chieftain, and Judith, the Scourge Diva. The two Goblins increase their own “Squishlings” by +1/+1, Judith increases other creatures by +1/+0. The Chieftain additionally gives haste, which pushes the aggression.

Sacrificing your own creatures is, as already underlined, a big point in the deck, seven creatures target it. The Butcher of Malakir and Priest of Forgotten Gods damage the opponent and force them to sacrifice a creature as well without needing an additional enchantment. The Vermin Gorger provides us with a small number of life points, the Skirk Prospector with mana, the Goblin Lookout boosts the mob.

If you now target the opponent’s mana base, the Earthblighter is necessary, as are the Orcish Settlers. Two creatures are largely self-contained when it comes to returning from the afterlife – Squee, the Immortal, and Endless Cockroaches.

Should most strings snap to bring back creatures, the Warrior Alesha, Who Smiles at Death is in focus alongside Wort. For BB, as soon as Alesha attacks, a creature that has less power than 2, which is quickly true in Goblin tribal decks, can be returned to play attacking.

Eighteen enchantments provide the deck with various abilities and different uses, which can be adapted to the respective play style. Three of them, Goblin Warrens, Goblin Assault, and Goblinslide, provide us with goblin tokens that serve as cannon fodder.

The Goblin Shrine and Quest for the Goblin Lord boost your mob, which is a good base for one of the artifacts in the deck. Two other cards, Boggart Shenanigans, and Goblin Bombardment work hand in hand with the Snoop combo and other sacrifice mechanics to generate damage on the side.

Five enchantments focus on land destruction, or scorched earth principle if you want to call it that: Blood Moon, Impending Disaster, Price of Glory, Desolation, and Shivan Harvest.

Once you’ve built yourself a solid creature base, losing lands yourself doesn’t hurt much. Against decks that include a lot of fetch or sacrifice lands, Blood Moon has proven itself time and time again.

Attrition and Vampiric Rites let us sacrifice creatures to draw cards or destroy another creature. Dictate of Erebos or Grave Pact are similar to Butcher of Malakir and ensure that every creature you own takes also enemy creature down.

The last two enchantments, Curse of Shaken Faith and Vicious Shadows inflict passive damage on the enemy. The Shadows combine well with the sacrifice mechanic, inflicting double damage when you sacrifice a creature and your opponent sacrifices a creature.

Six of the spells in the deck target the opponent’s lands. Rancid Earth is one of the few black cards in the deck that allows you to destroy enemy lands.

Jokulhaups is the only complete boardwipe in the deck, Wake of Destruction, Bend or Break, Thoughts of Ruin and Stone Rain give us a wide range of options to set the opponent back, or reset the game completely.

Dragon Fodder, Krenko’s Command, and Hordeling Outburst create goblin tokens for a low mana cost that we can sacrifice immediately. Grim Discovery can return a creature and a land from the graveyard to the hand, Blood for Bones lets us sacrifice a creature to return a creature to the field and another to the hand. Bedevil and Bone Shards are the only spells that can specifically destroy a single card, the latter supporting the sacrificing tactic of the deck.

What else do we need?

After it became obvious that land destruction(s) will take place, almost certainly with collateral damage, Crucible of Worlds is necessary.

Ashnod’s Altar, Altar of Dementia, and the Eldrazi Monument give us three options for sacrificing creatures. Altar of Dementia can be combined with the buffed goblins that can be mass-created with Krenko, Ashnod’s Altar generates two colorless mana for each sacrificed creature, as does Sol Ring.

In some games, early turns of land destruction could build up one’s advantage so massively that victory became inevitable; in multiplayer games with a longer-term build-up, it was no longer easy to build on the destruction of lands, rather on the sacrifice mechanics and their passive damage output, as well as the destruction of the opponent’s creatures.

On the other hand, destruction-based decks could quickly take the air out of this commander deck’s sails if creatures were continuously destroyed before they can unleash their utility. However, I enjoy every game with this deck, as there is a wide range of possibilities to explore and penetrate the opponent’s weak points. 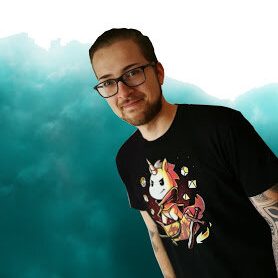