How we grade cards at Three for One Trading

Author: Three for One Trading

Grading trading cards is one of the most important activities that we as a business do. Our team is evaluating thousands of Magic cards each day. The spectrum of cards we grade on a daily basis ranges from the latest set’s mundane Commons to highlights like Black Lotus from Beta.

Most of our employees are not only skilled in their individual professions, but are also all trained in grading Magic cards. In this article we show you how we grade cards, what you need to pay attention to, and what tools you need to make your own, correct card grades.

The 341 Grading Guidelines are based on generally agreed upon card conditions, like those that you can find on the biggest MTG sales platform in Europe, Cardmarket. When we grade cards, we use the same system, but we usually grade even stricter than that. The different conditions we use and their American equivalents will be described in detail in this article.

At Three for One Trading a Magic card will pass through multiple instances of inspection:

In each one of these steps, the condition of the card will be evaluated so that the quality of the product can be ensured. Our employees follow a strict protocol, which drastically reduces the chance for mistakes and leads to an exact grading.

We proudly ship about 1,000,000 cards each year. That is a lot and we are happy that grading mistakes almost never happen. If you buy a card from us and think we made a grading mistake, let us know and we will fix it.

We apply the following grades and their abbreviations to describe the condition of a card. These are aligned with the commonly used European grading system.

In our shop, you can find the condition in the title of the product. It looks like this:

Check out the box on the right to see a few examples from our High-End Shop.

You can find additional information in the title and/or in the description of the product. For example, if a card is signed by the artist or if the card has a crease or was altered in any way.

A card in Near Mint condition looks as if it has never been played without outer sleeves. Tiny blemishes are allowed, such as a few small white spots at the corners caused by cutting during production. Wear such as scratches are not present and when viewed in daylight the card is clean.

USA: In the USA the designation Near Mint (NM) is also used. 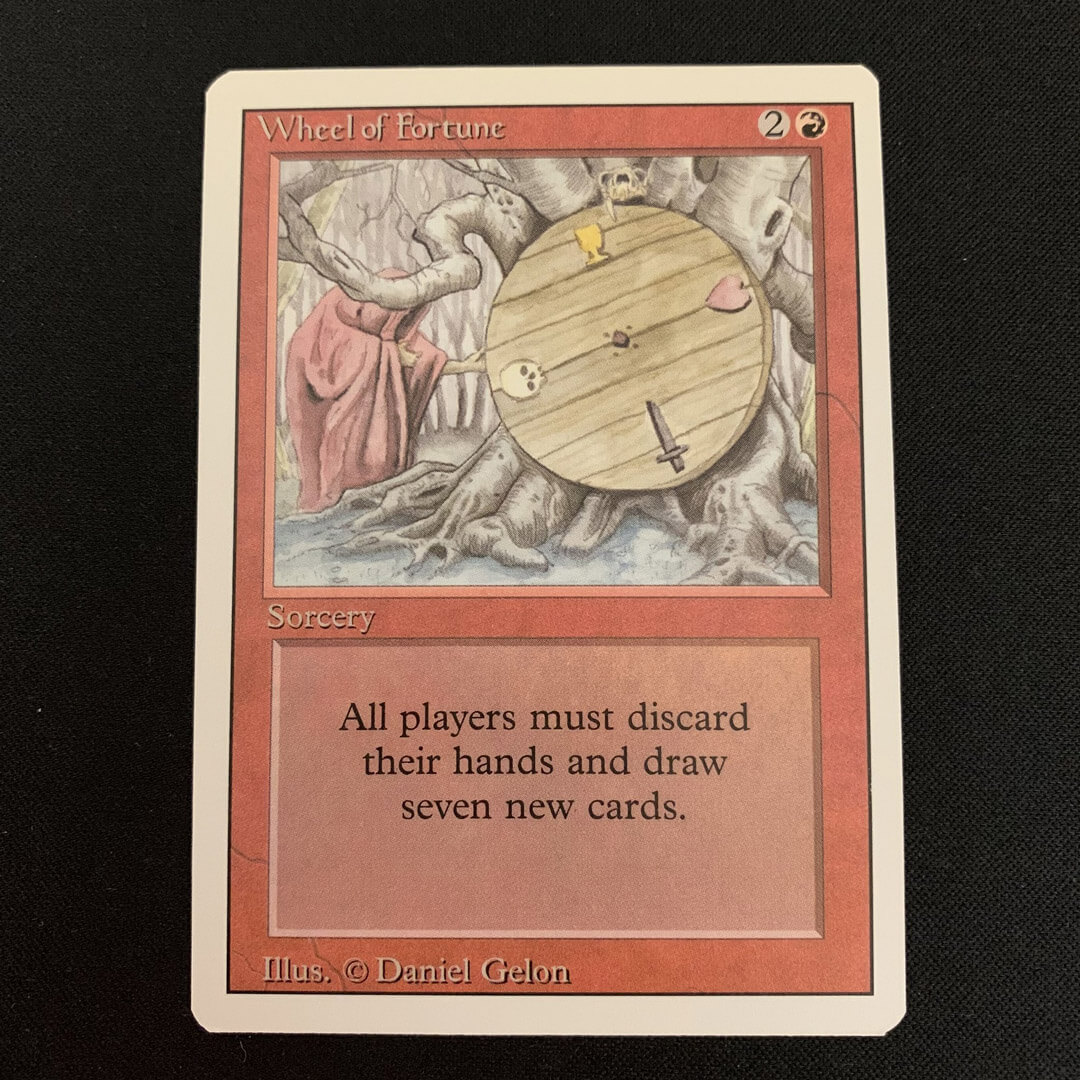 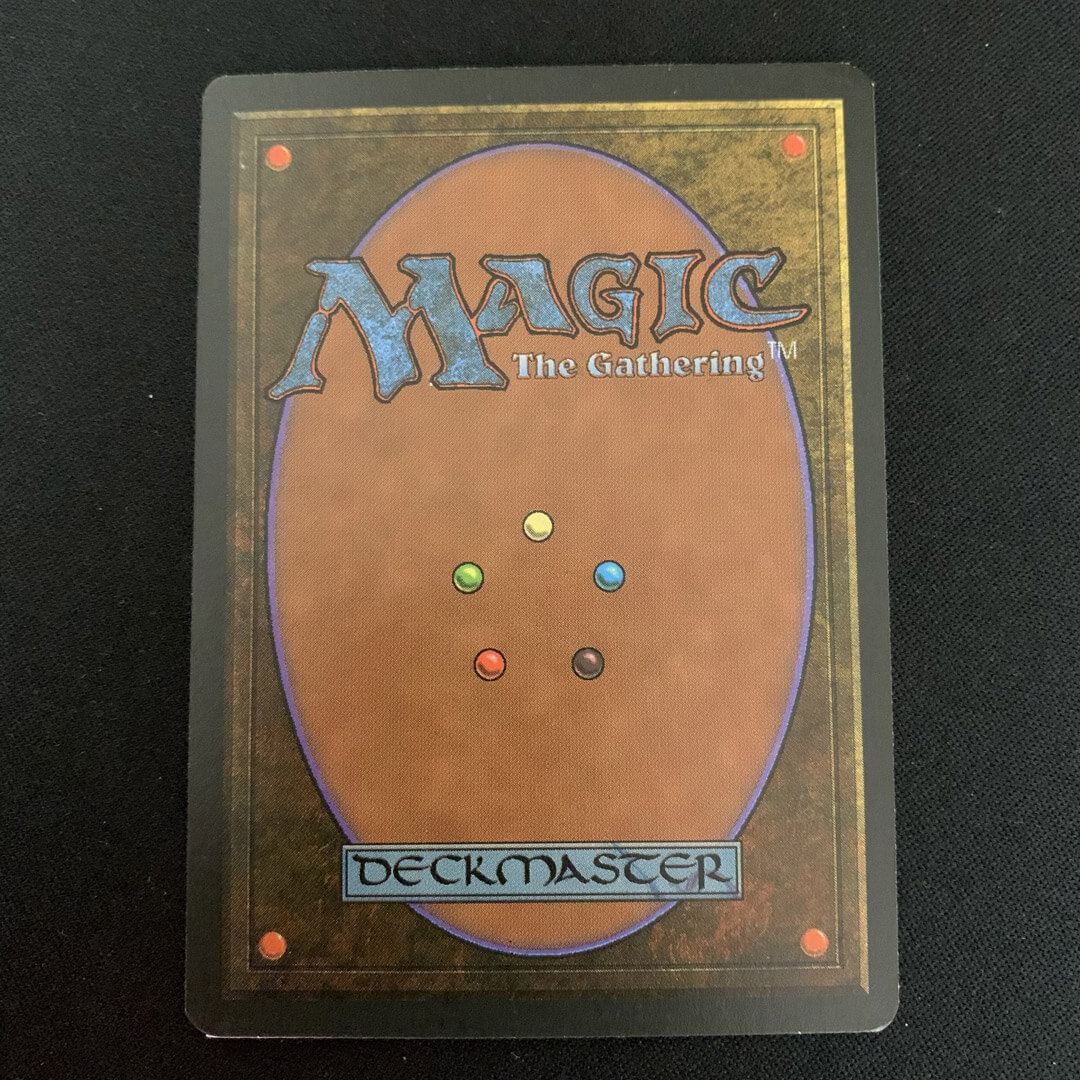 Excellent cards usually have some white spots on the edges and corners. There may also be a few minor scratches on the surface. However, these should not be directly noticeable under normal light conditions. 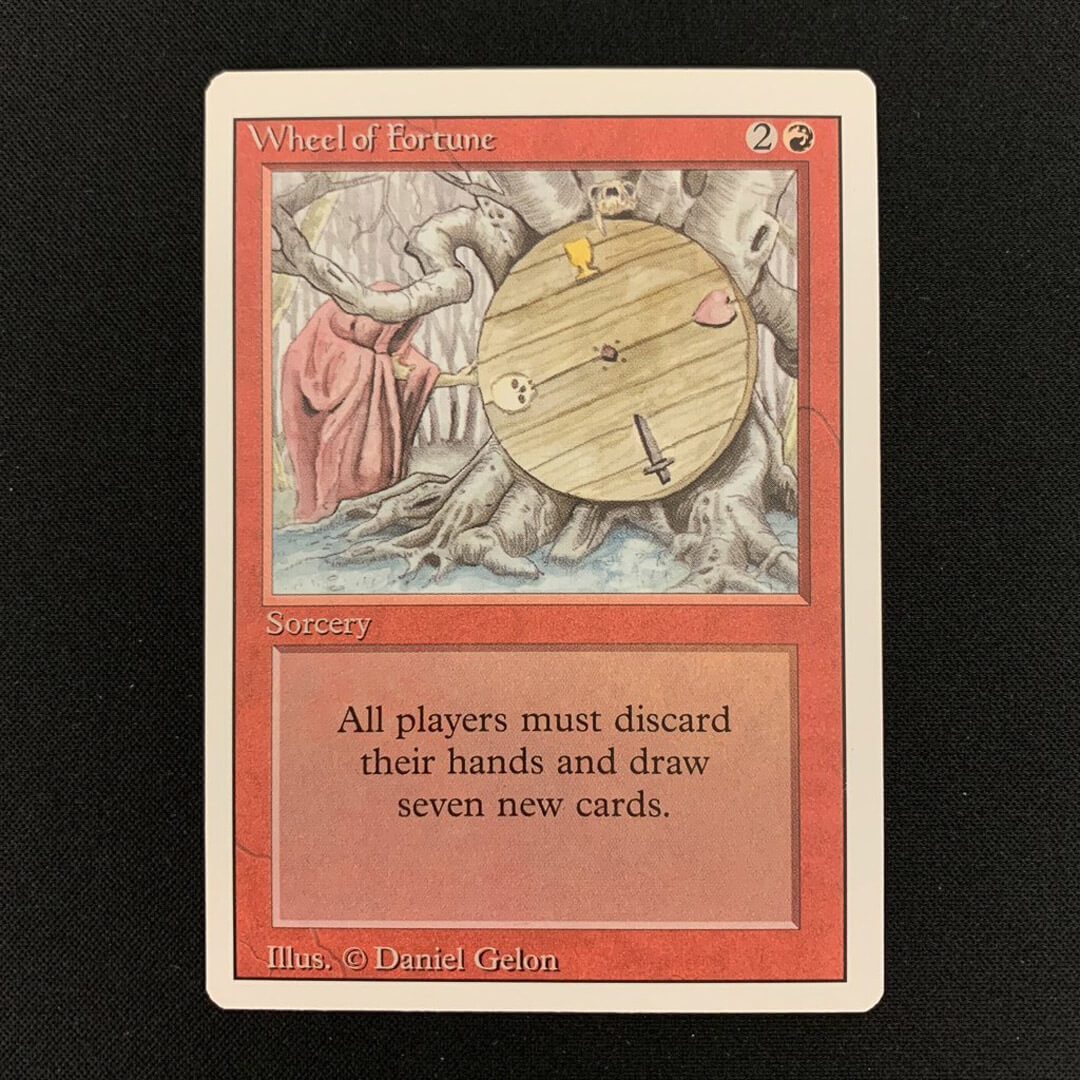 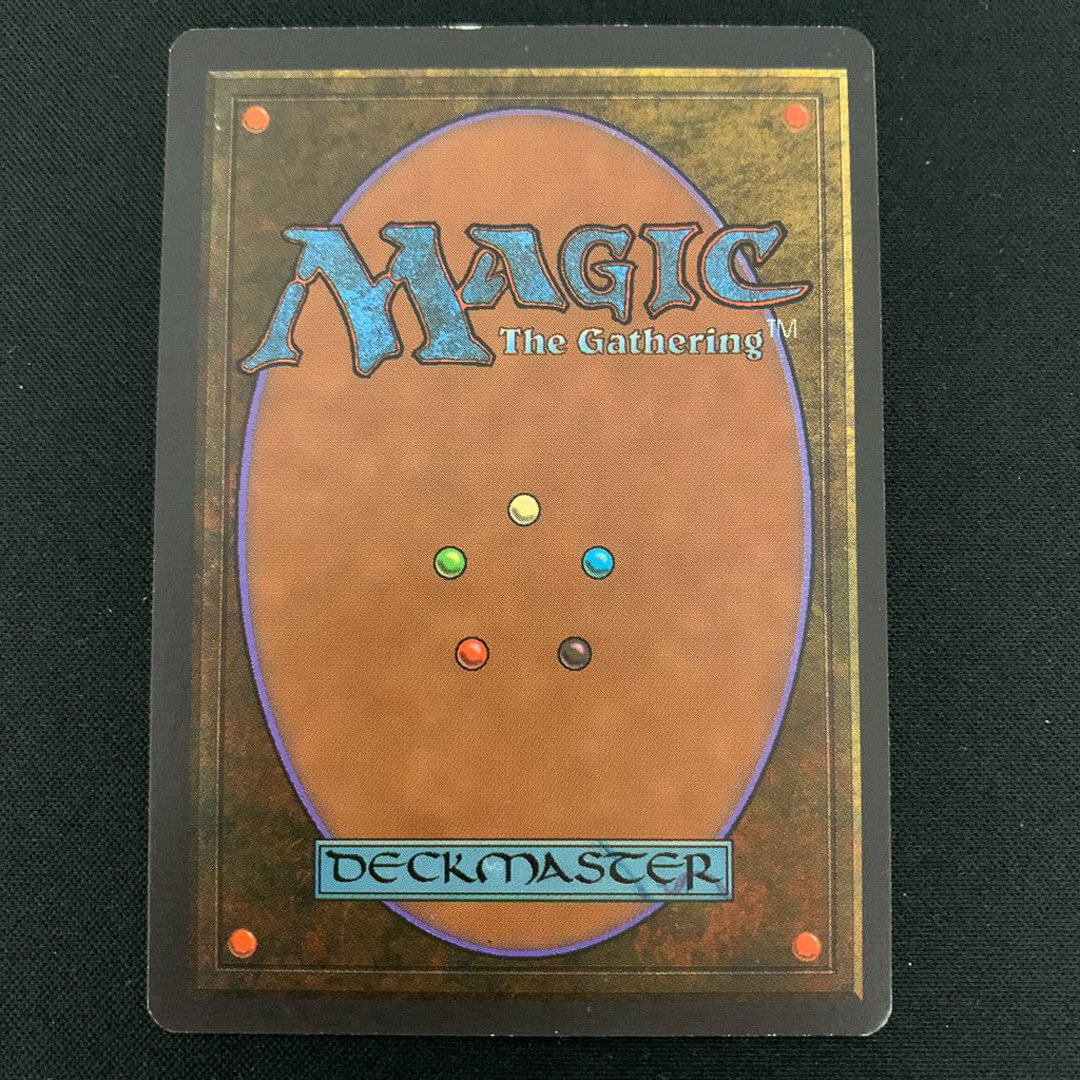 A card in Good condition looks as if it has been played without outer sleeves for a longer period of time, for example at a tournament. Cards that we grade as Good regularly show clear signs of wear in many areas of the card. Therefore, white areas on corners and edges may be pronounced.

In many cases, the surface of the card has a few scratches and can also be slightly dirty. Nevertheless, these may only be normal signs of use. The card will therefore have neither creases nor damage from liquids, such as water.

USA: In the USA, the term Moderately Played (MP) or Light Played (LP) is often used. 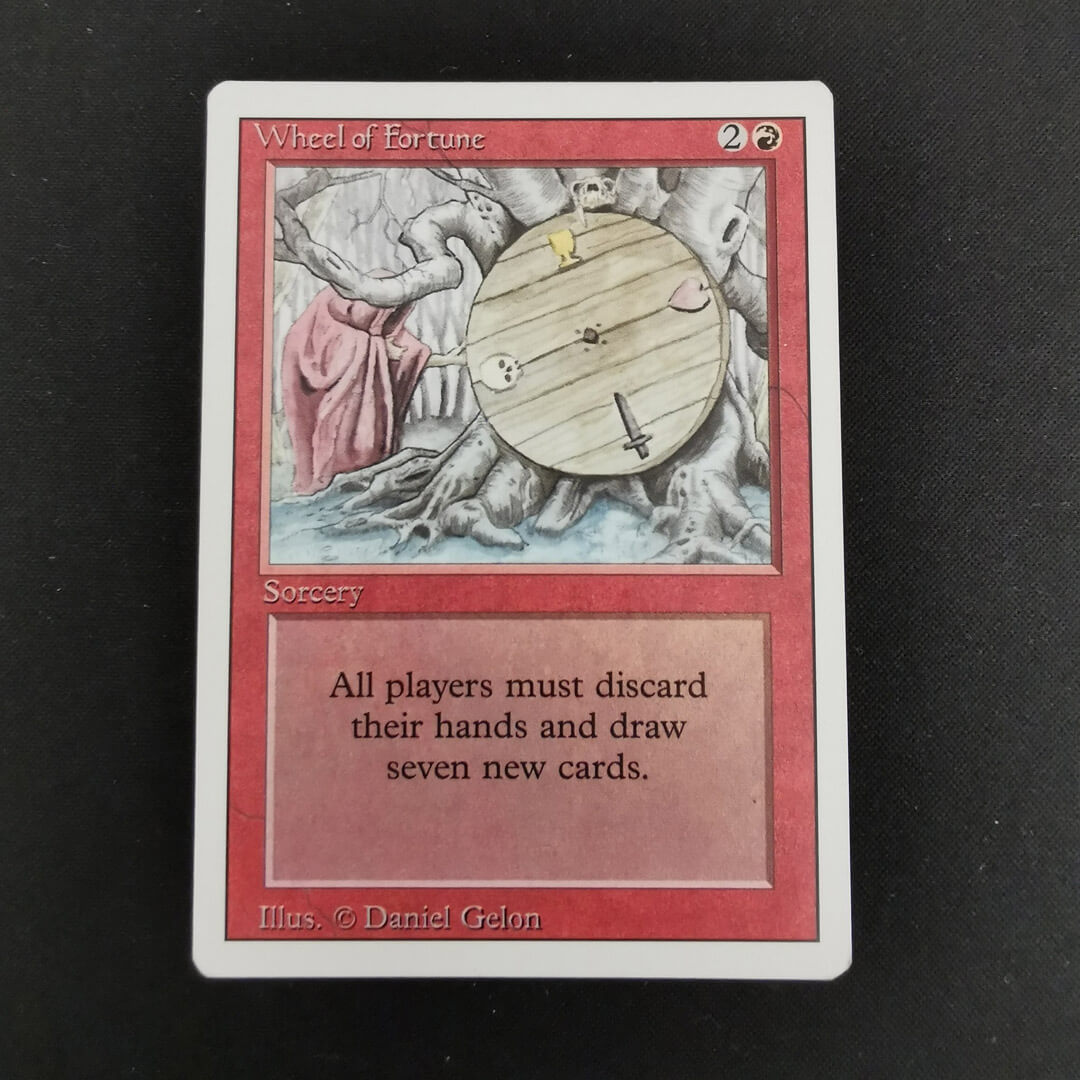 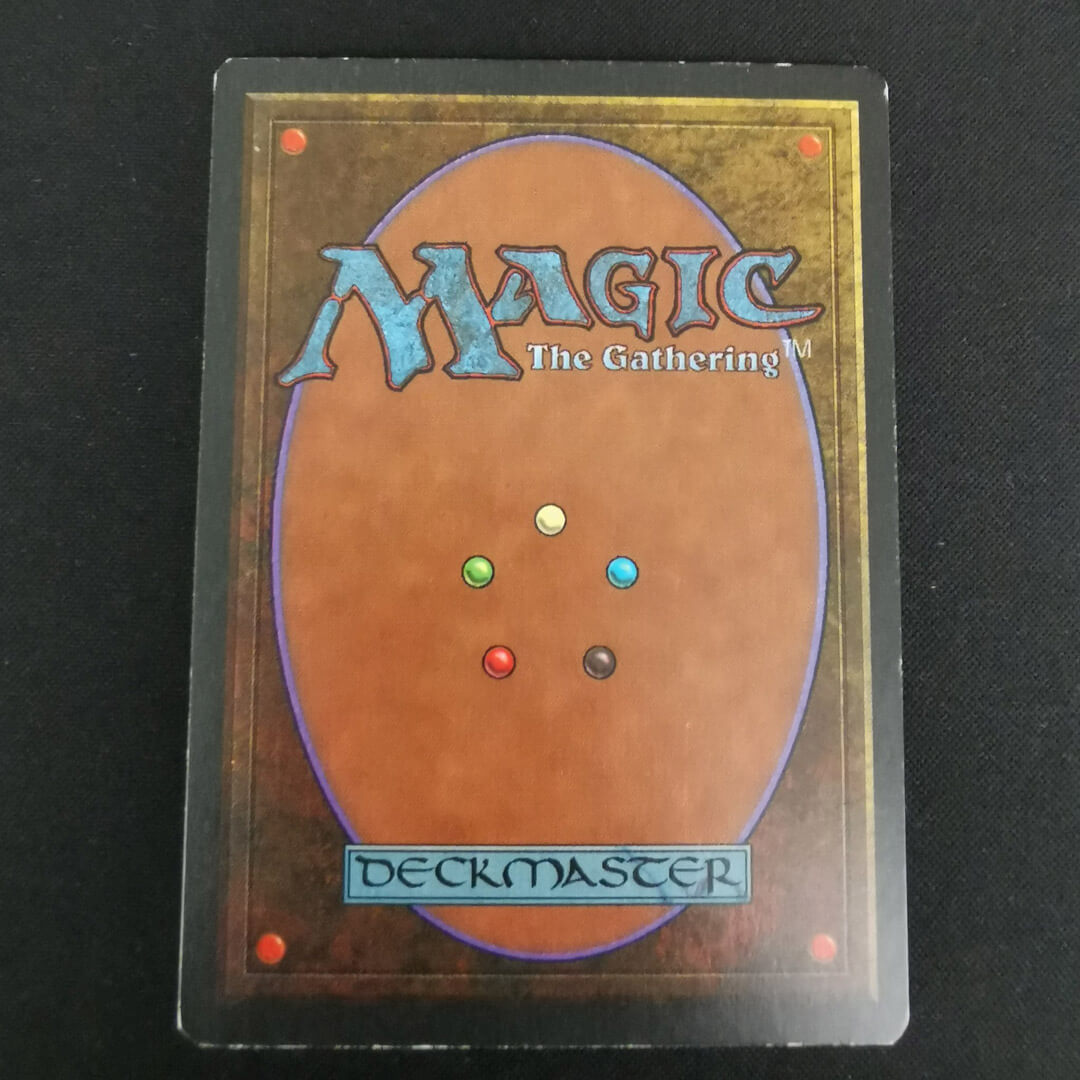 A Magic card in Light Played condition looks as if it has been played without outer sleeves for a long period of time. It is important that it is without doubt tournament legal when played with sleeves. Also, the card must not have been altered. Black painted edges or similar are a no-go. Possible whitenings at the edges and borders can be severe and found throughout the card.

USA: In the USA, the term Moderately Played (MP) or Good (GD) is often used. 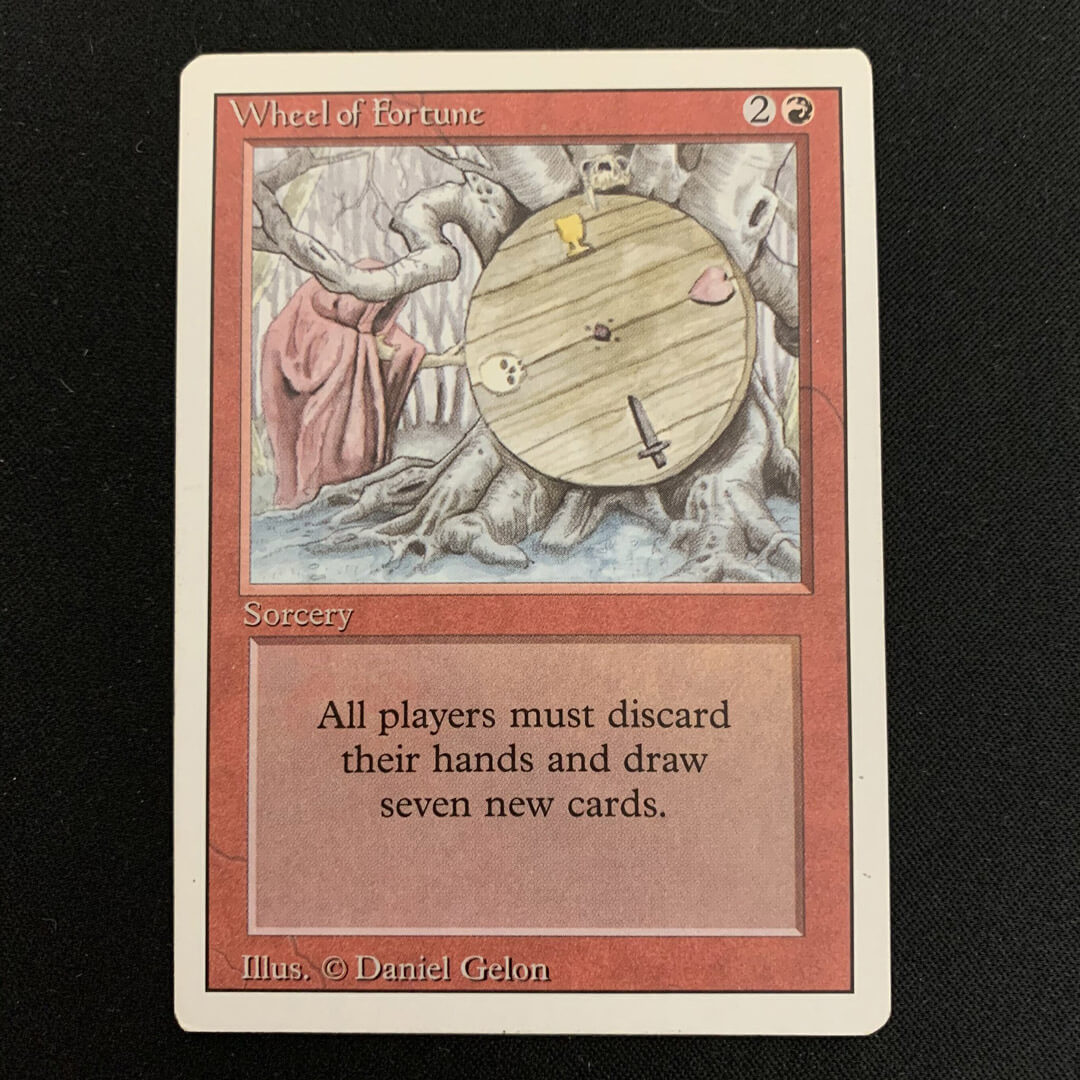 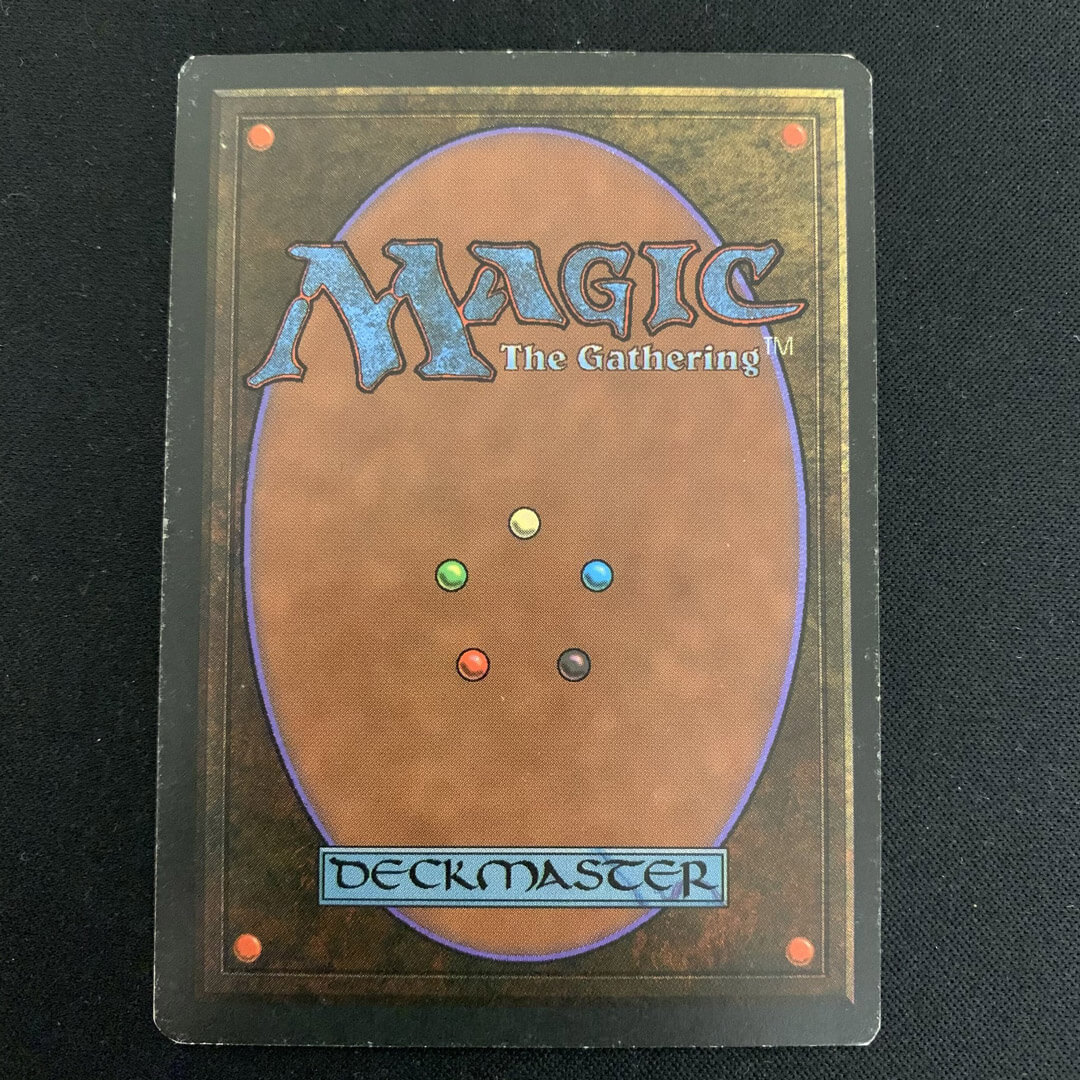 A card that has been worn through normal use must not look worse than this in order to be rated as Played. Examples include heavy surface scratches or damage to the surface that is described as “snow-covered”.

The card has not had been tampered with, and may have cracks or be painted, but it is still in very poor condition.

USA: In the USA, the term Very Played (VP) or Heavily Played (HP) is often used. 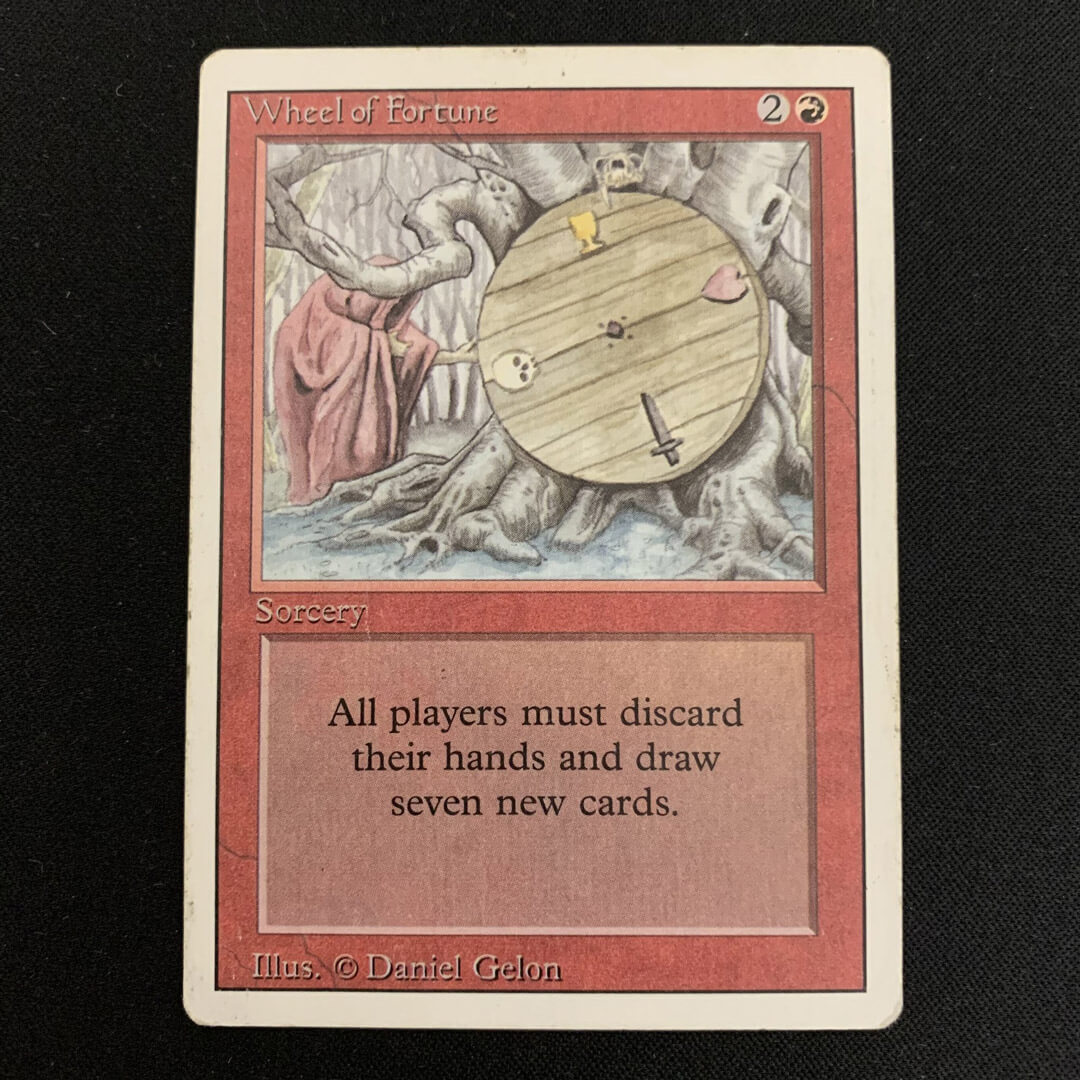 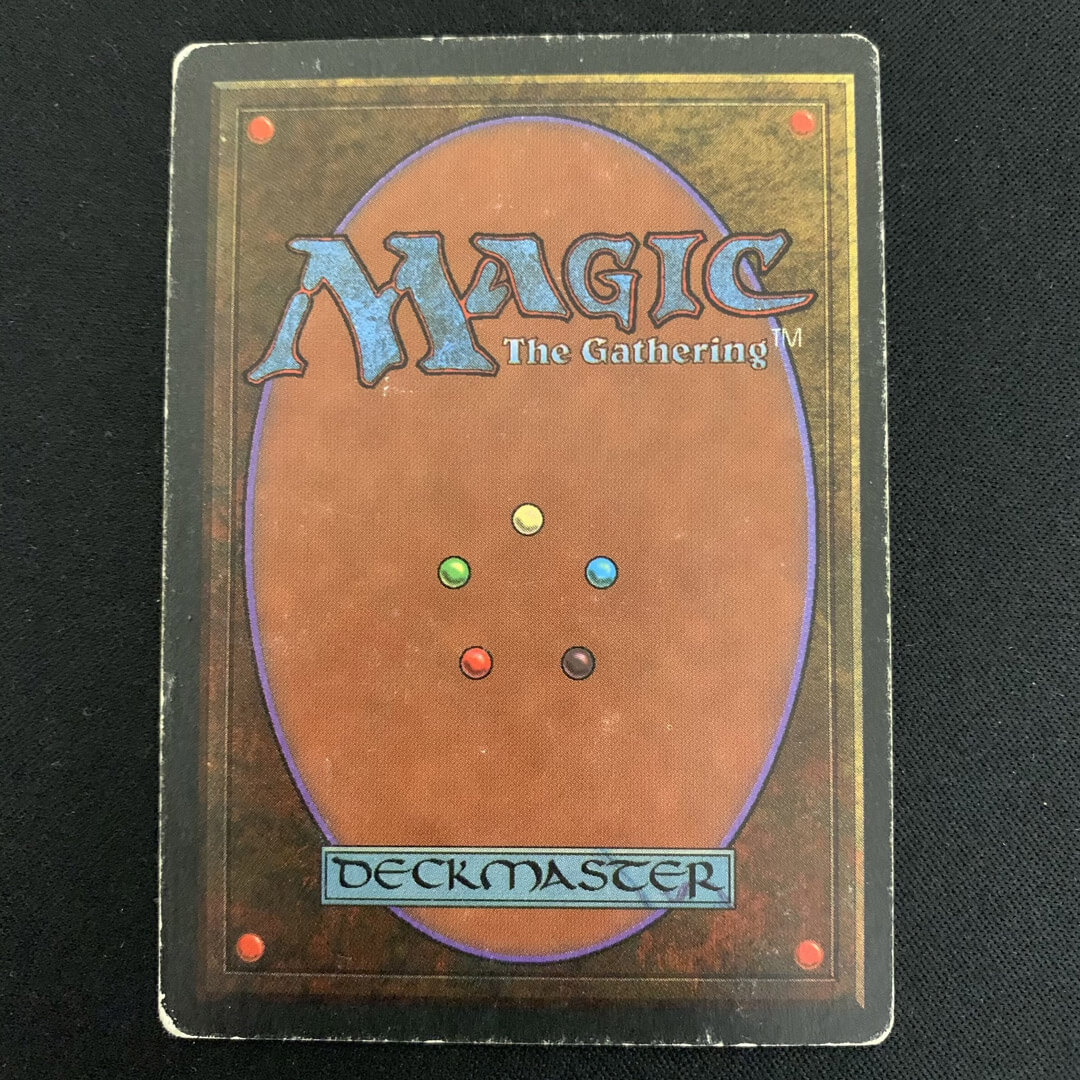 Anything rated worse than Played is Poor. These cards often have damage caused by something other than “normal” playing with them.

Examples are: Bent cards, blackened edges (“ink” or “inked”), water damage, cracks and the like. 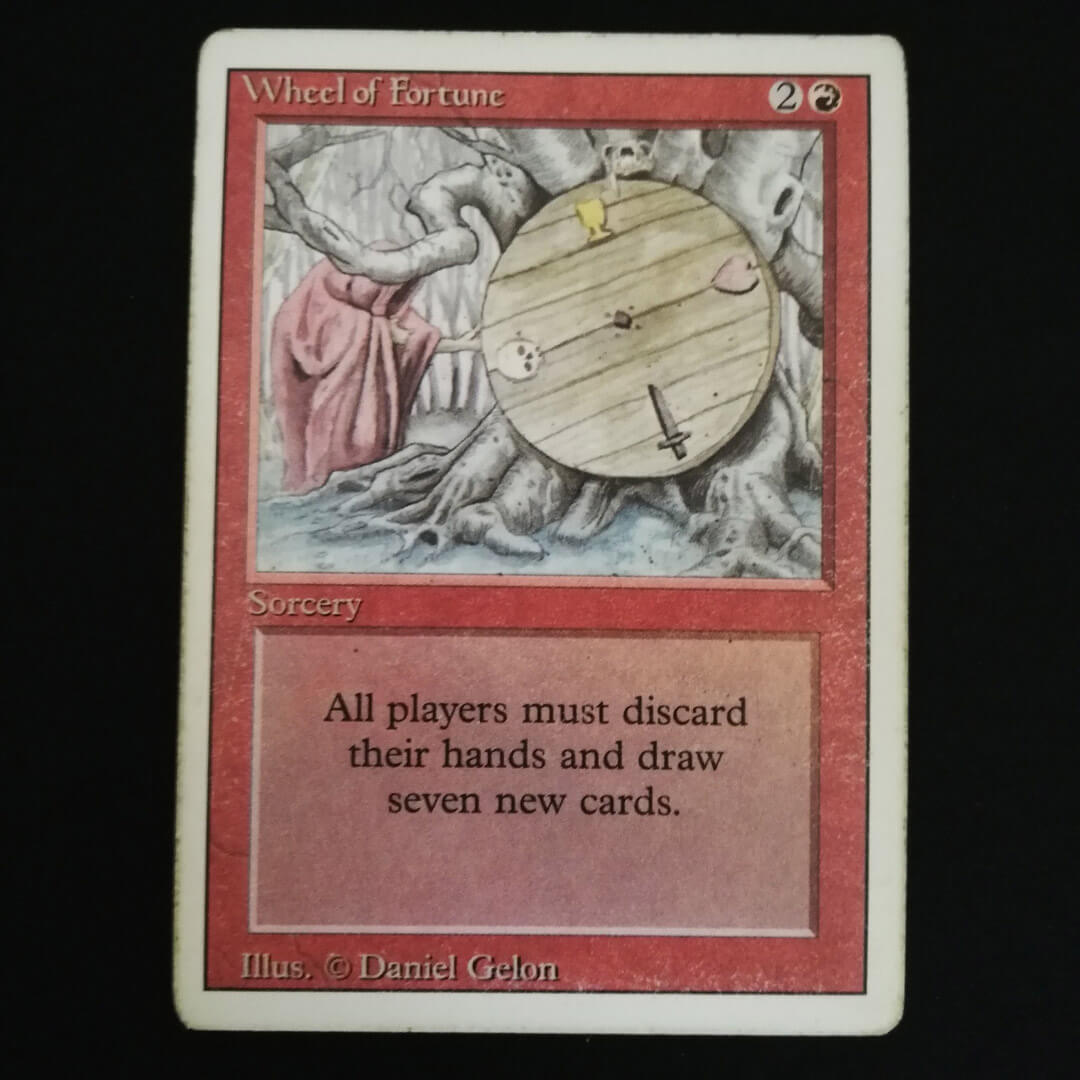 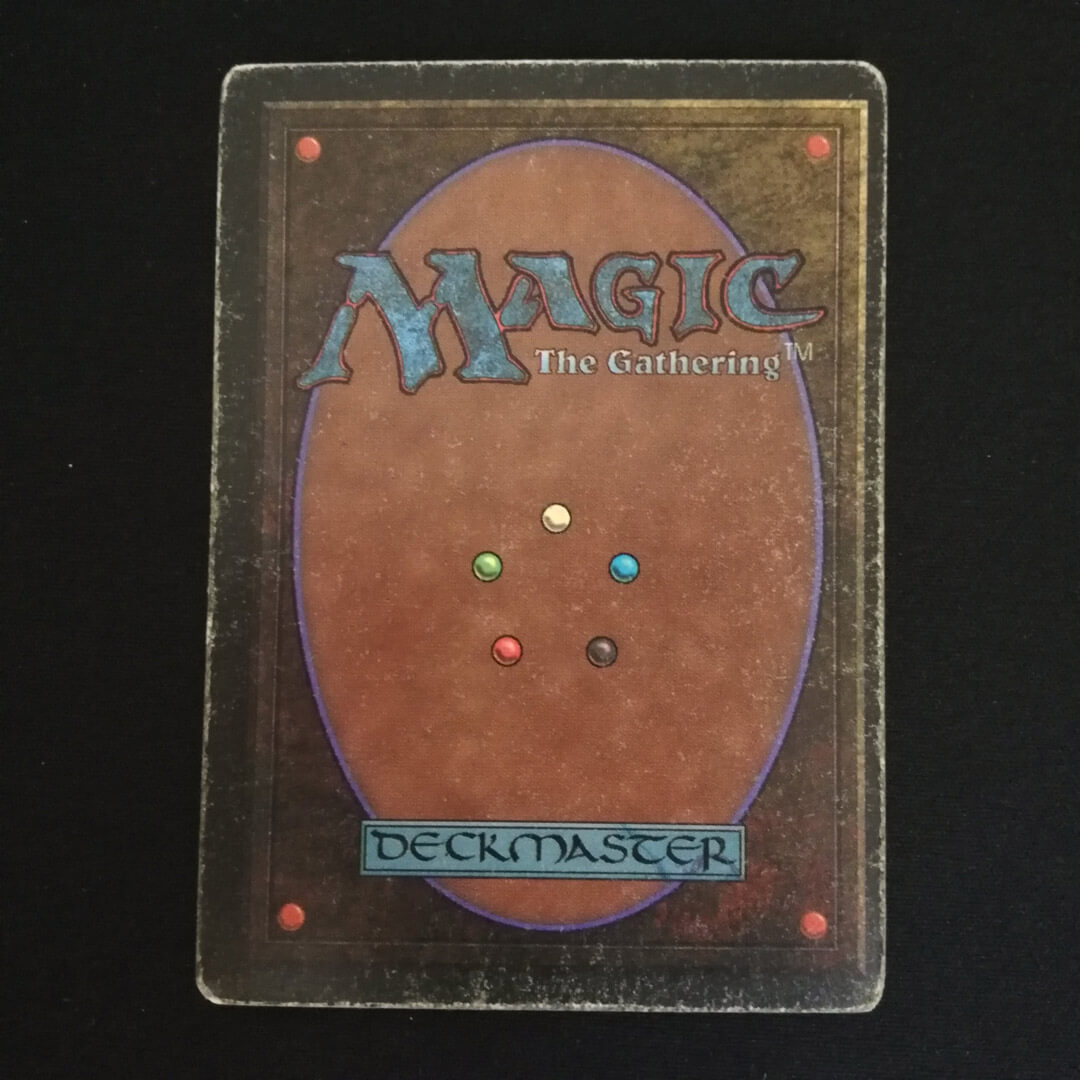 Interviews with our grading experts

Our grading specialists are in charge of all things “grading”. That includes the training of our team, grading high-end cards and difficult grading cases. They buy and/or grade thousands of Magic: The Gathering cards each and every day. We talked to our grading experts from different departments about grading, and these are their answers: 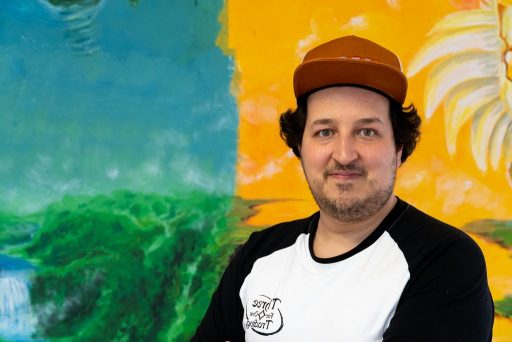 I have developed the 341 Grading Guidelines together with Oliver. Since then I have trained a lot of our employees in the field. I have attended and still attend many Magic: The Gathering conventions and events, where I buy thousands of cards, from Lightning Bolt to Black Lotus. I grade many cards from our intake (mostly high-end cards) who then get sold later.

It depends on the card and the condition. Sometimes it just takes a few seconds, other times it can take up to a few minutes.

What do you do if you identify a possible fake?

I get a second opinion and then I forward the card to Lukas, our Buying Team Lead.

In your opinion, what makes a card difficult to grade?

If you have good and actionable guidlines in place, grading becomes easy. We have these, so it’s quite easy for me.

What was the last counterfeit you have identified?

That should have been a Misty Rainforest. 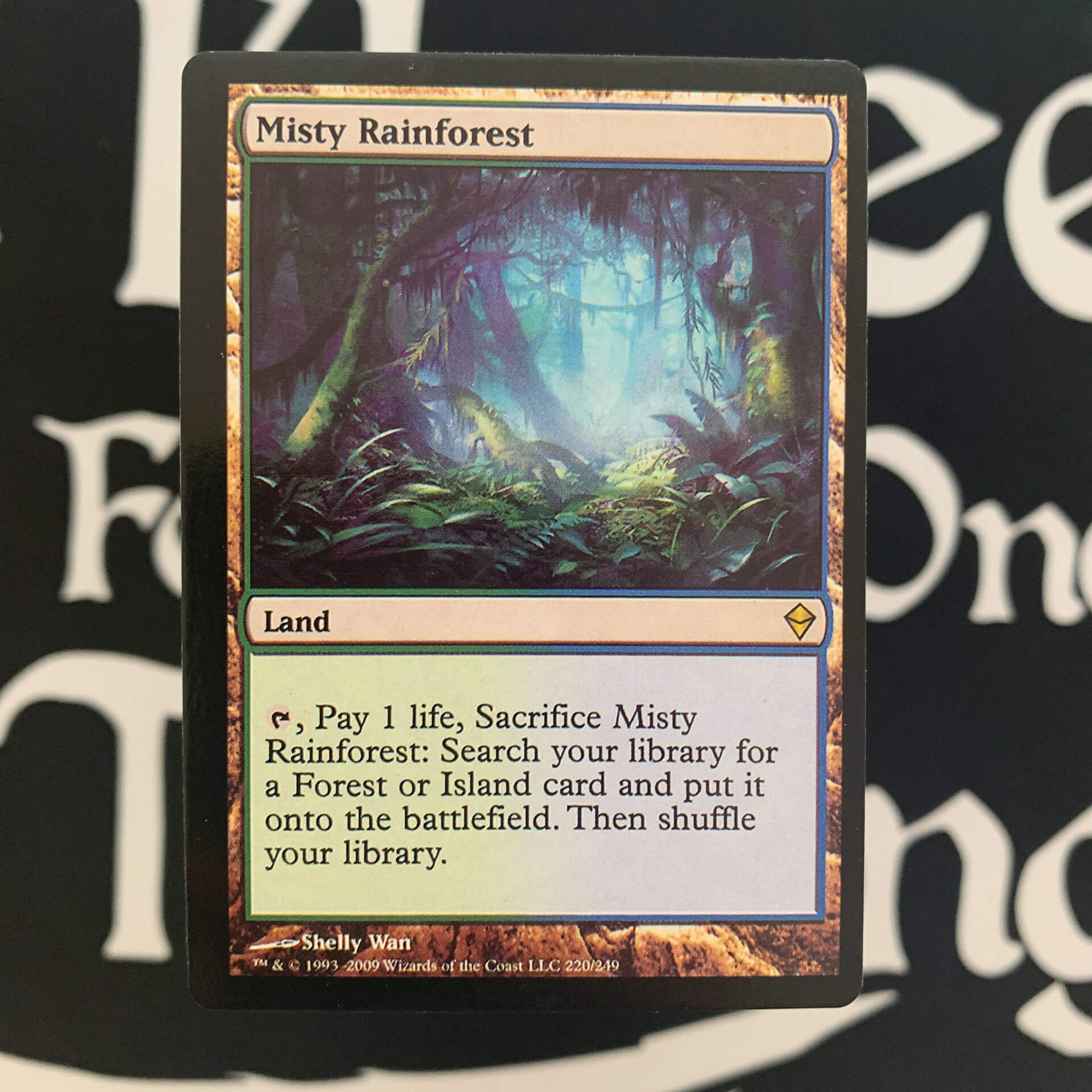 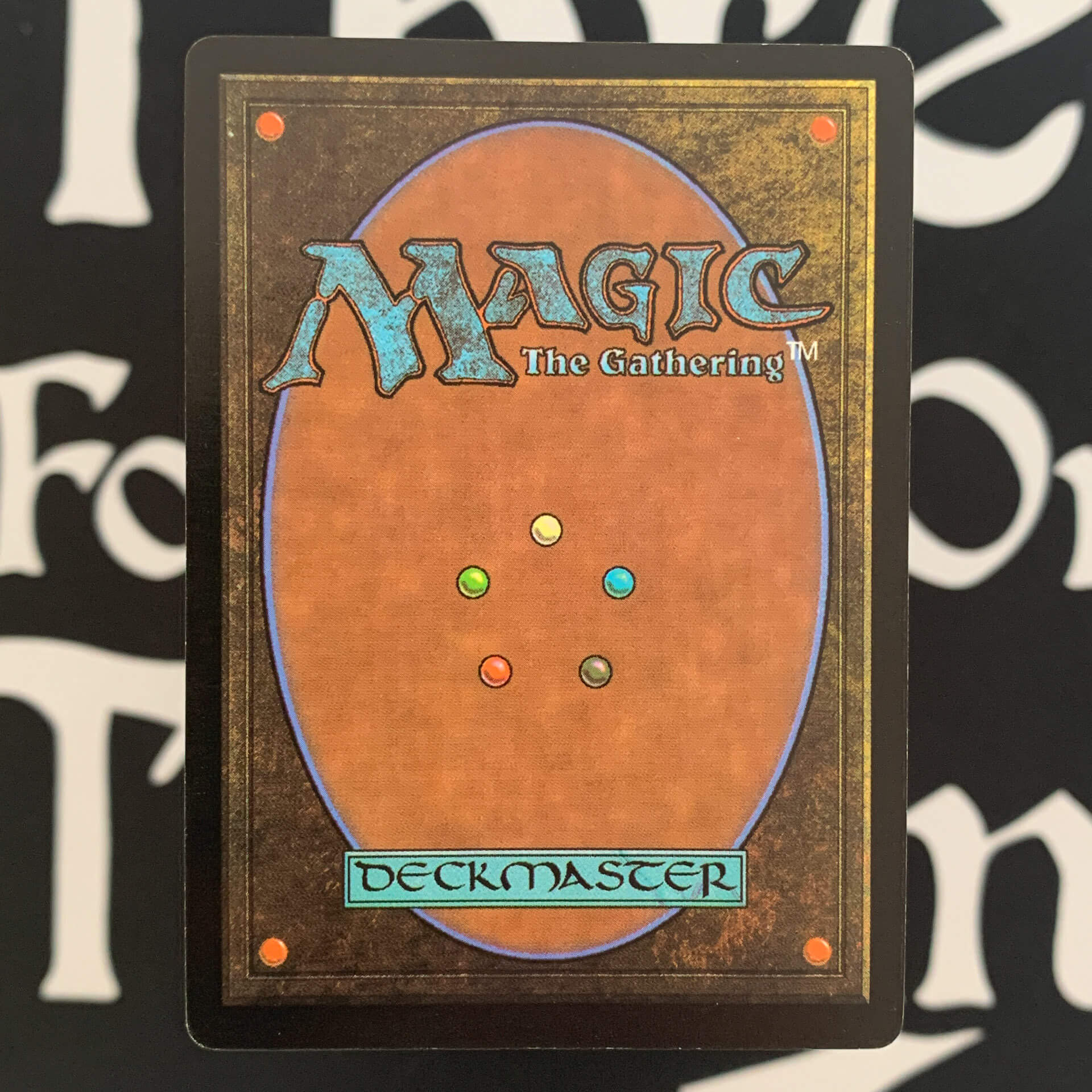 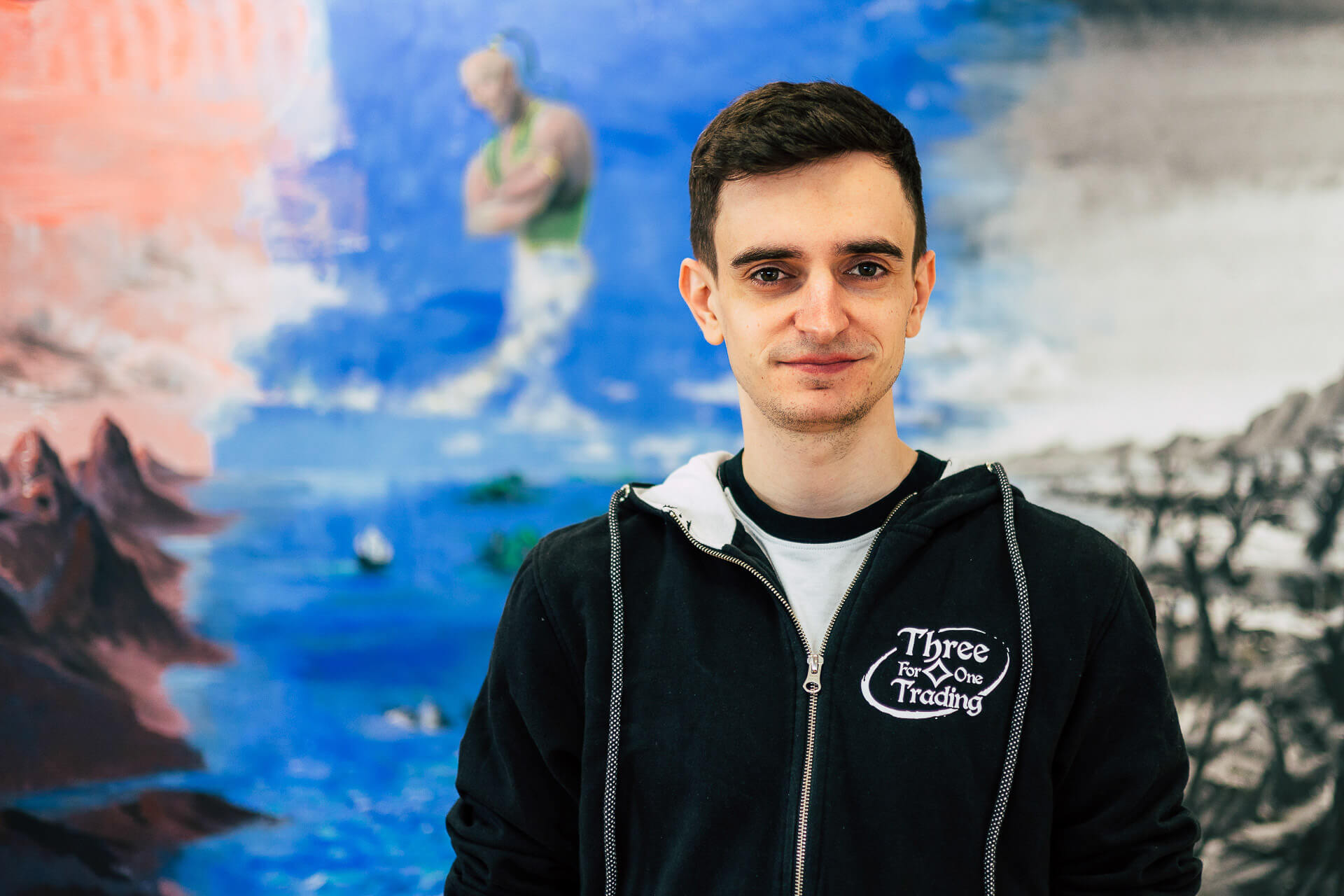 It’s pretty easy to grade properly if you have guidelines you can follow. After buying millions of Magic: The Gathering cards it doesn’t matter if I’m grading a Black Lotus or a rare from the most recent set like Farewell.

Not “picky”, but precise and strict. There is no room for discussion when it comes to grading.

Depending on the light conditions: Two to ten seconds.

What do you do if you identify a possible fake?

All cards we have identified as fake will be marked and pulled from circulation.

What was the last counterfeit you have identified?

A bunch of really bad Kaladesh Masterpieces – straight from Wish I guess. 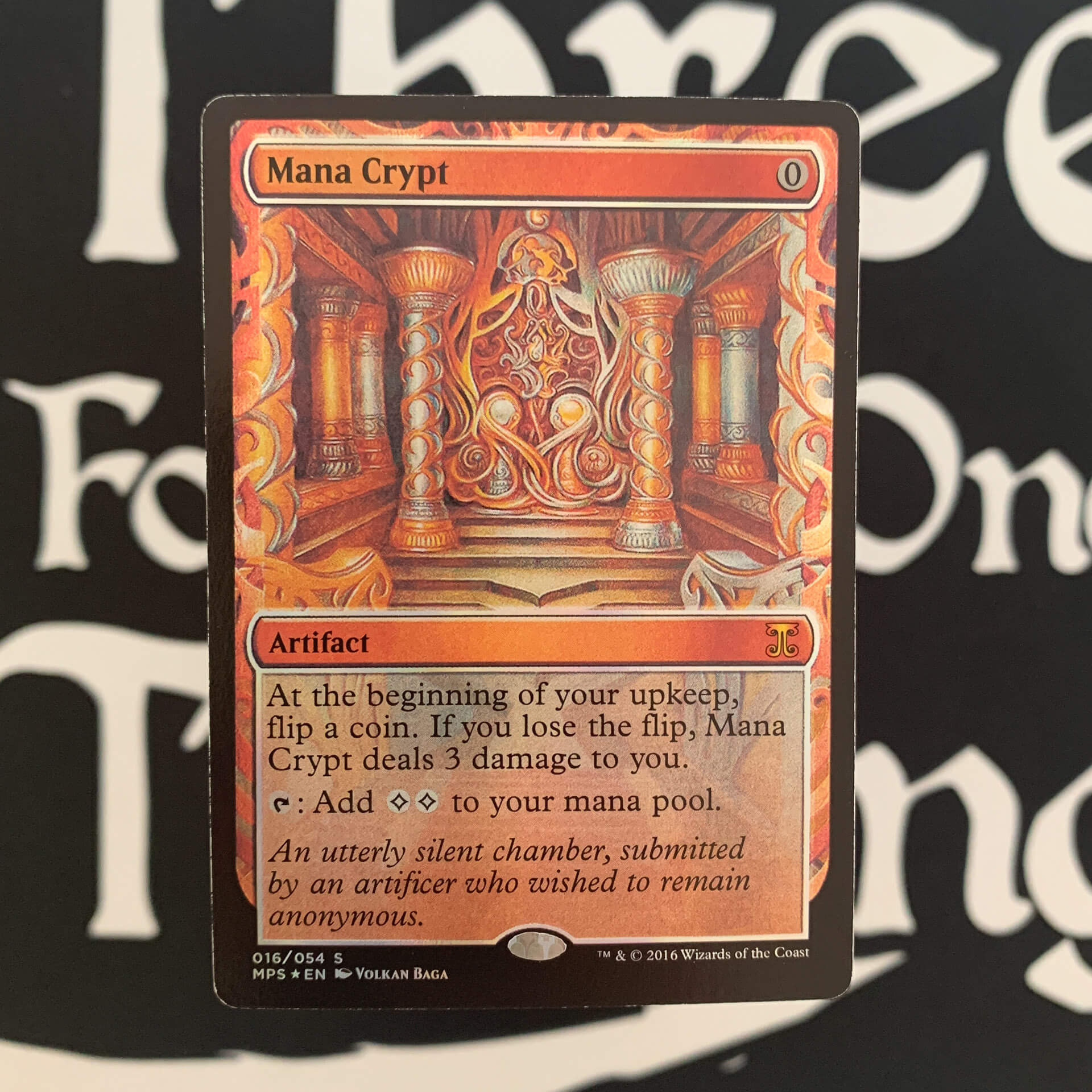 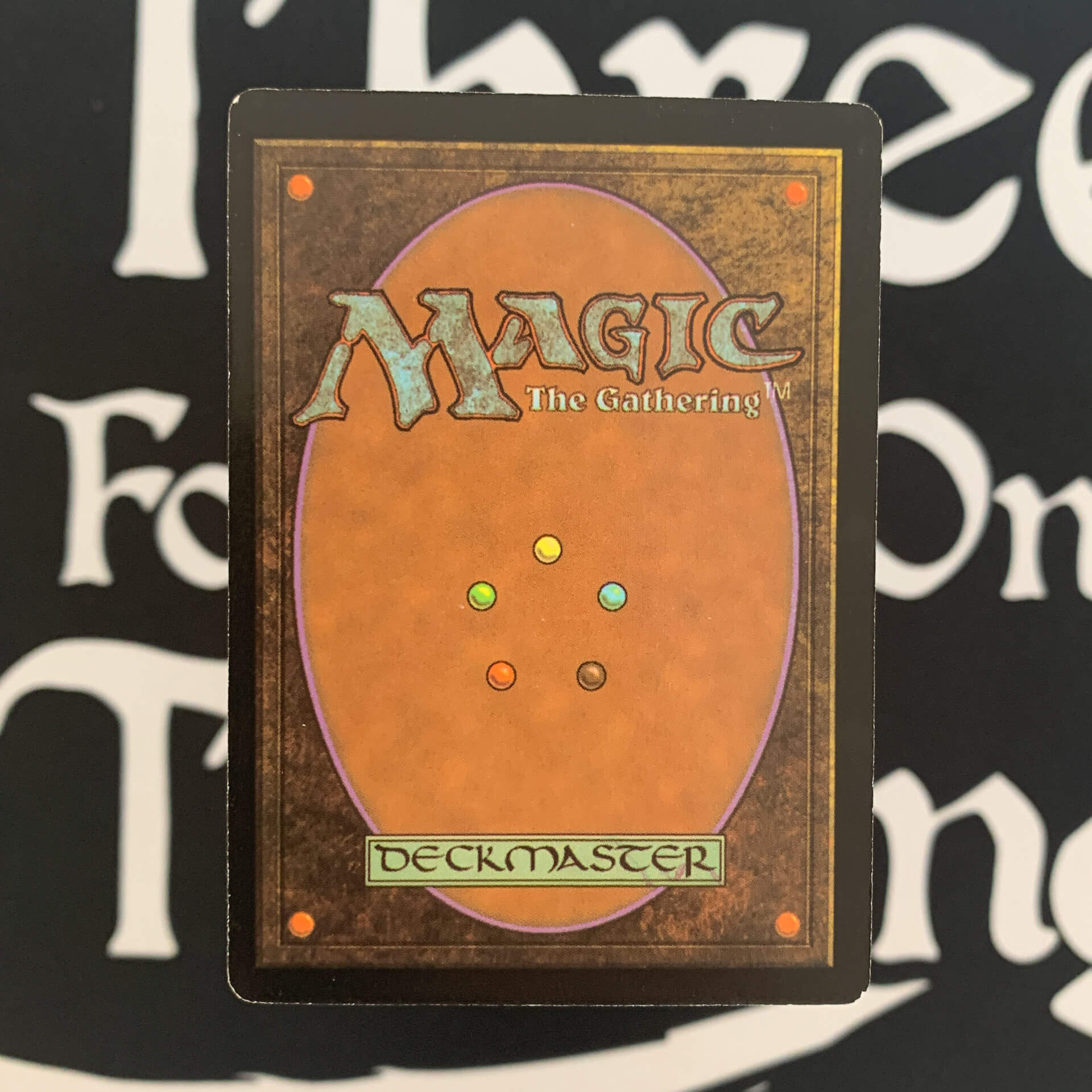 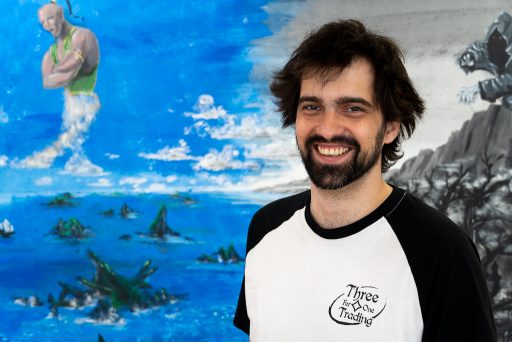 No, I would say I am a fair grader.

Depends on the card and in what condition it is or if there is damage. But normally it does not take longer then ten seconds. Most cards can be graded in about five seconds.

What do you do if you identify a possible fake

First thing I show it to others on my team and then we throw the card out. Sometimes, if it is a very good fake, we keep it for educational purposes.

In your opinion, what makes a card difficult to grade?

When the card is between conditions on the grading scale or if it has unique damages or wear.

Although our experts have seen many fakes, there’s always new surprises. Nevertheless, we are proud to say that our trained employees can identify fakes fast and pull (almost) all of them from circulation. The following tools help them do their work fast and precise.

With a microscale, it is possible to determine the exact weight of a Magic card. A genuine card normally weights between 1.7 and 1.8 grams, although there can be slight deviations. Counterfeits use different paper and glue, which impacts the weight of a card. That usually makes them easy to distinguish from real cards. 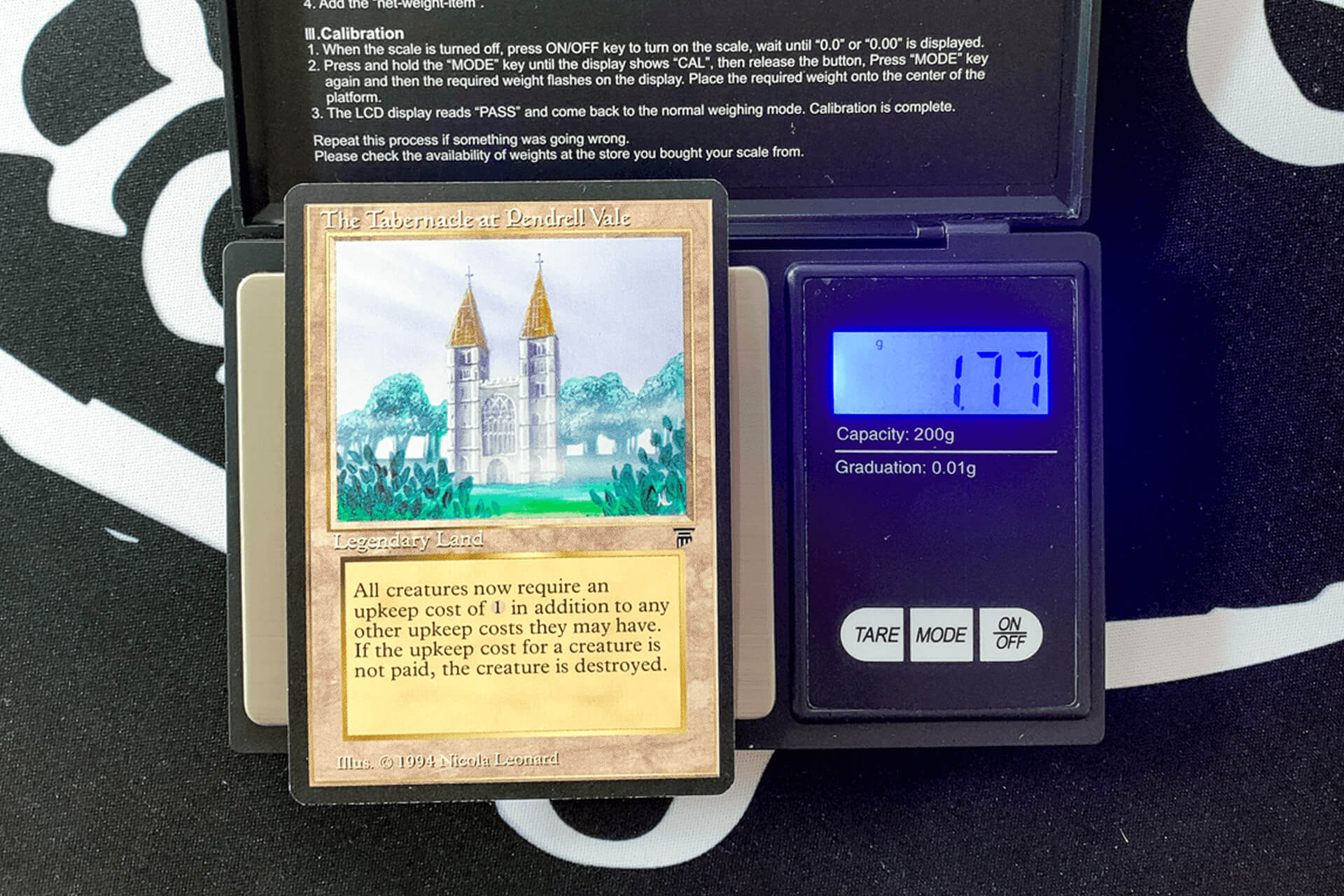 A source of black light, like our trusty flashlight, is very useful in identifying fake Magic cards. Black light makes it possible to test the transparency of the card as well as the reflection. Always have a real card ready to compare the black light test results. 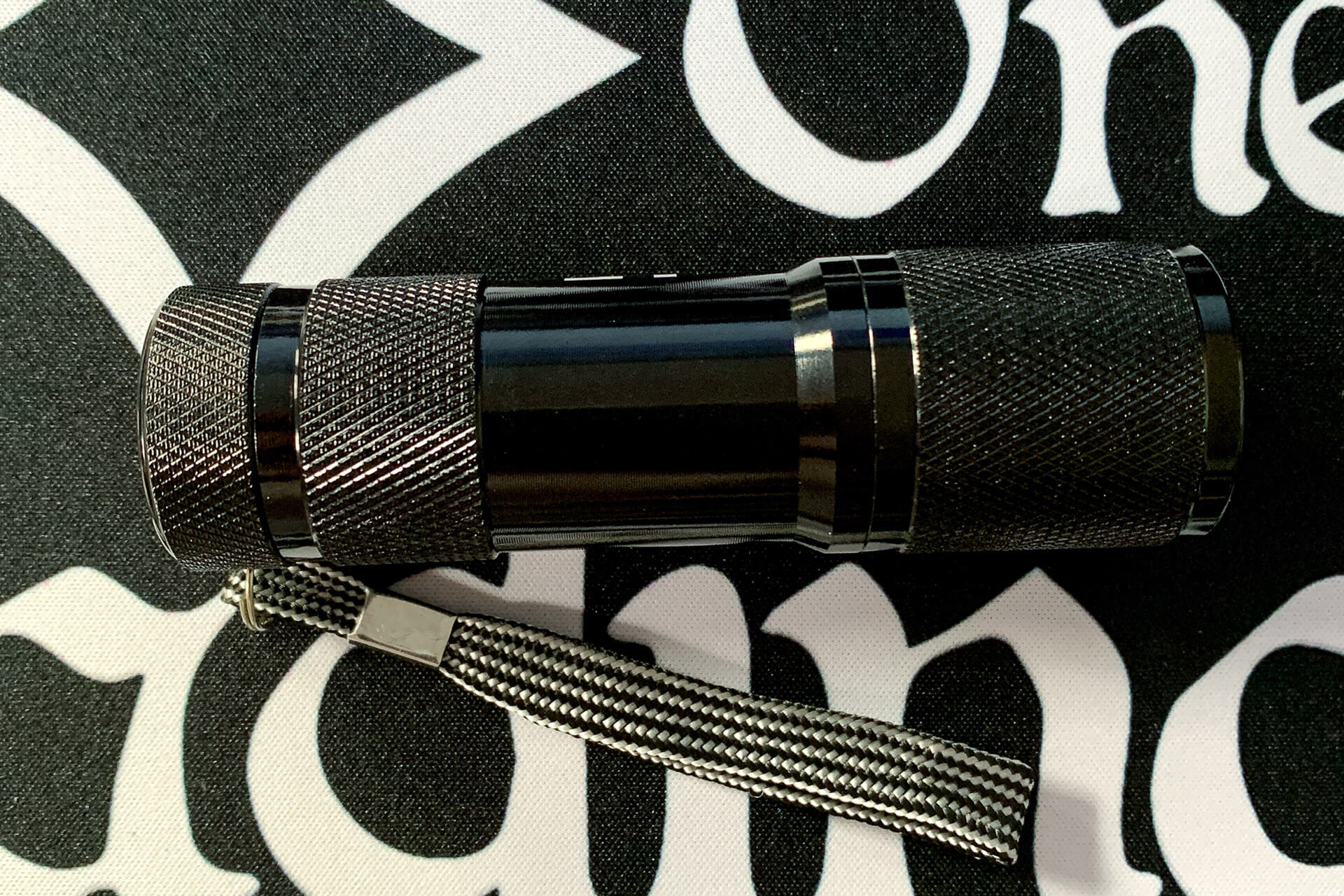 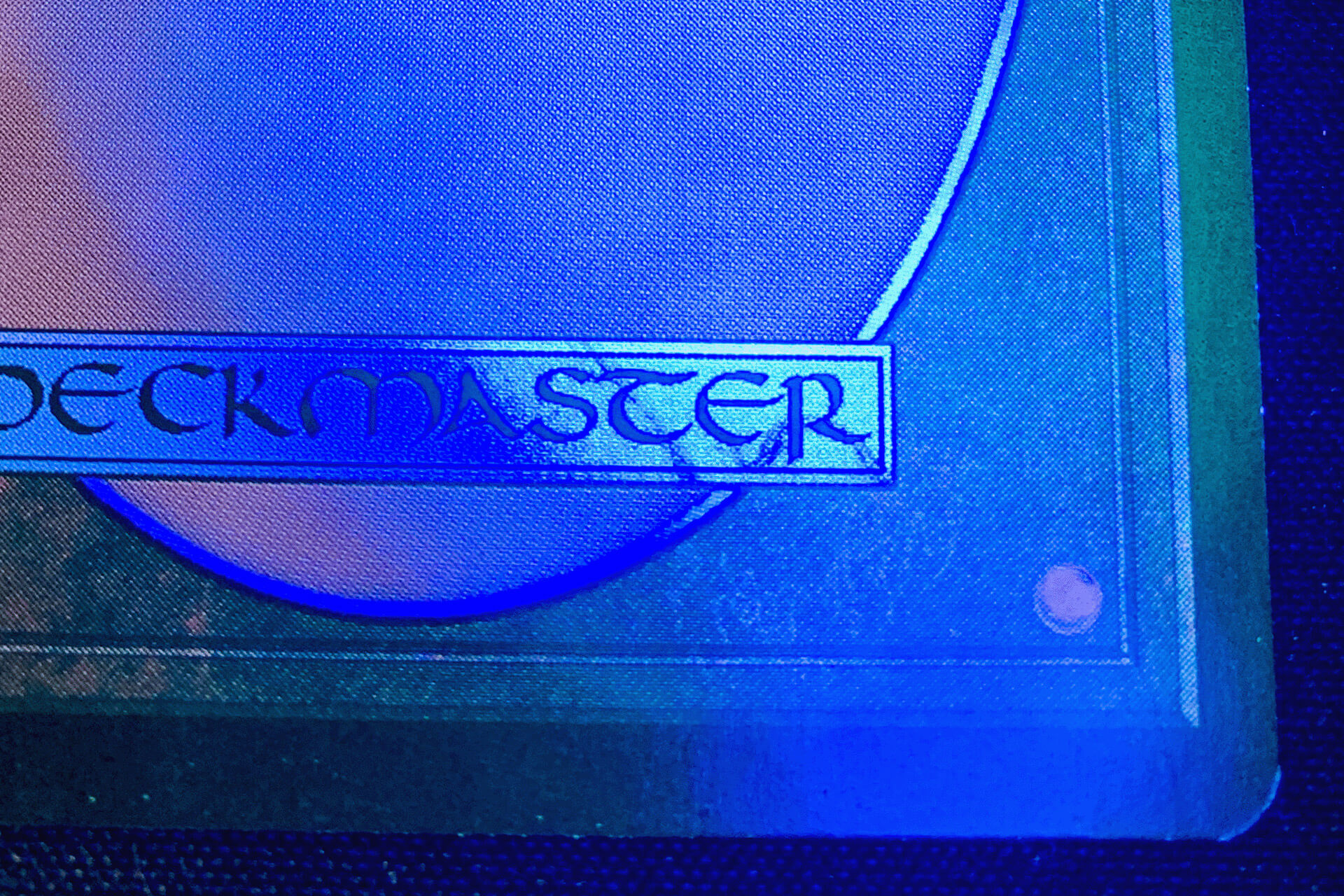 An ordinary magnifying glass is sufficient to control the print quality of a card. Magic: The Gathering cards are printed with a distinct print pattern, which you can see under a magnifier. This pattern will not be visible on fake cards. 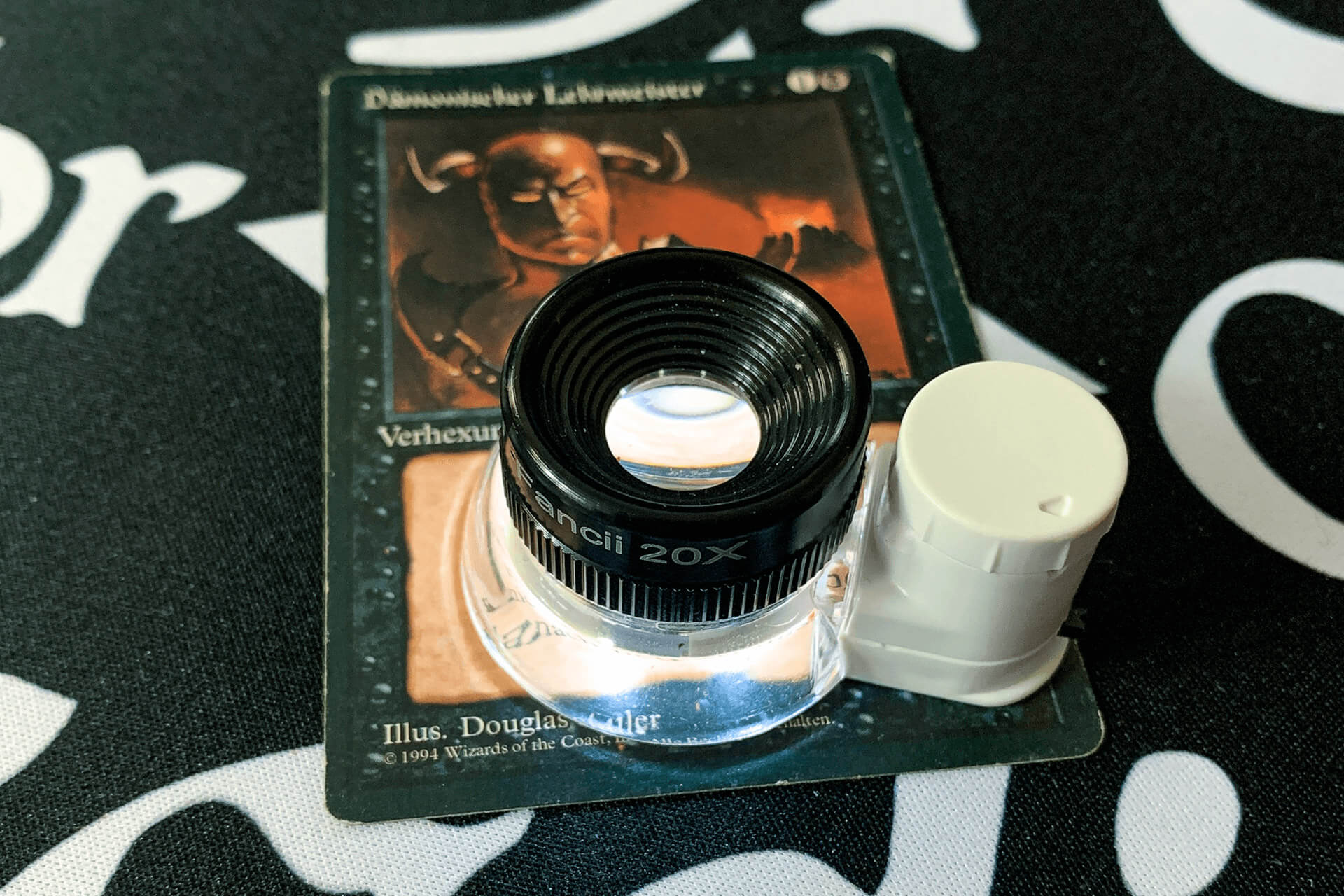 If we need to look even closer, we’ll use our “secret weapon”: The digital microscope! With this tool, we can look at a card in great detail and save pictures for further comparisons. The microscope makes it easy to identify the rosette pattern and the print layers on a card. But, the most important test to detect a counterfeit Magic card is the …

Within the green dot on the back of the card, you can find a yellow spot. Within this yellow spot, there are four red dots in an L-shape. In addition, the green dot has to be surrounded by a saturated black circle. Also check the previous test about print quality.

You can find more information on the different tests to identify fakes in our other article: “Fakes and Counterfeit Magic Cards – How to identify them“ 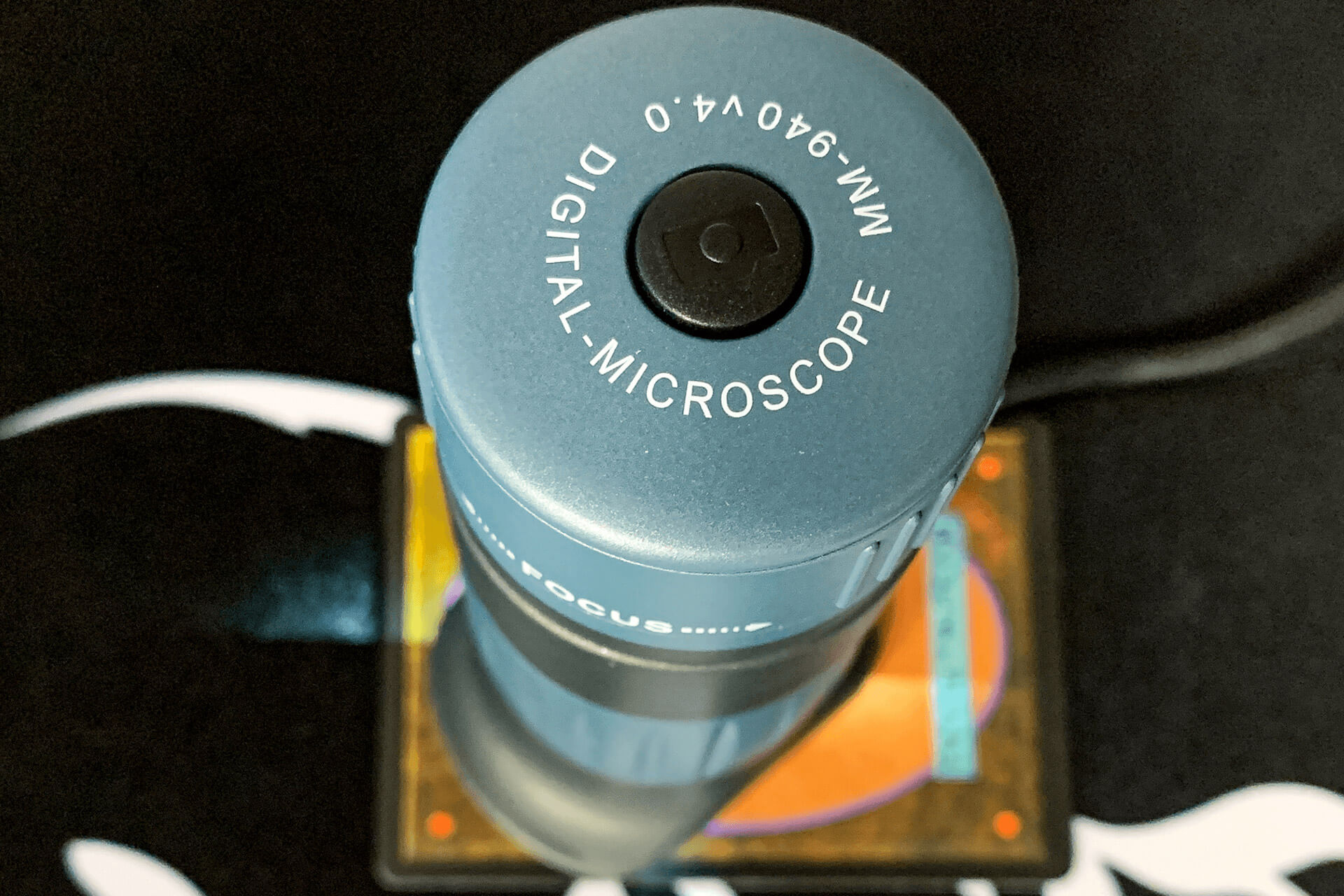 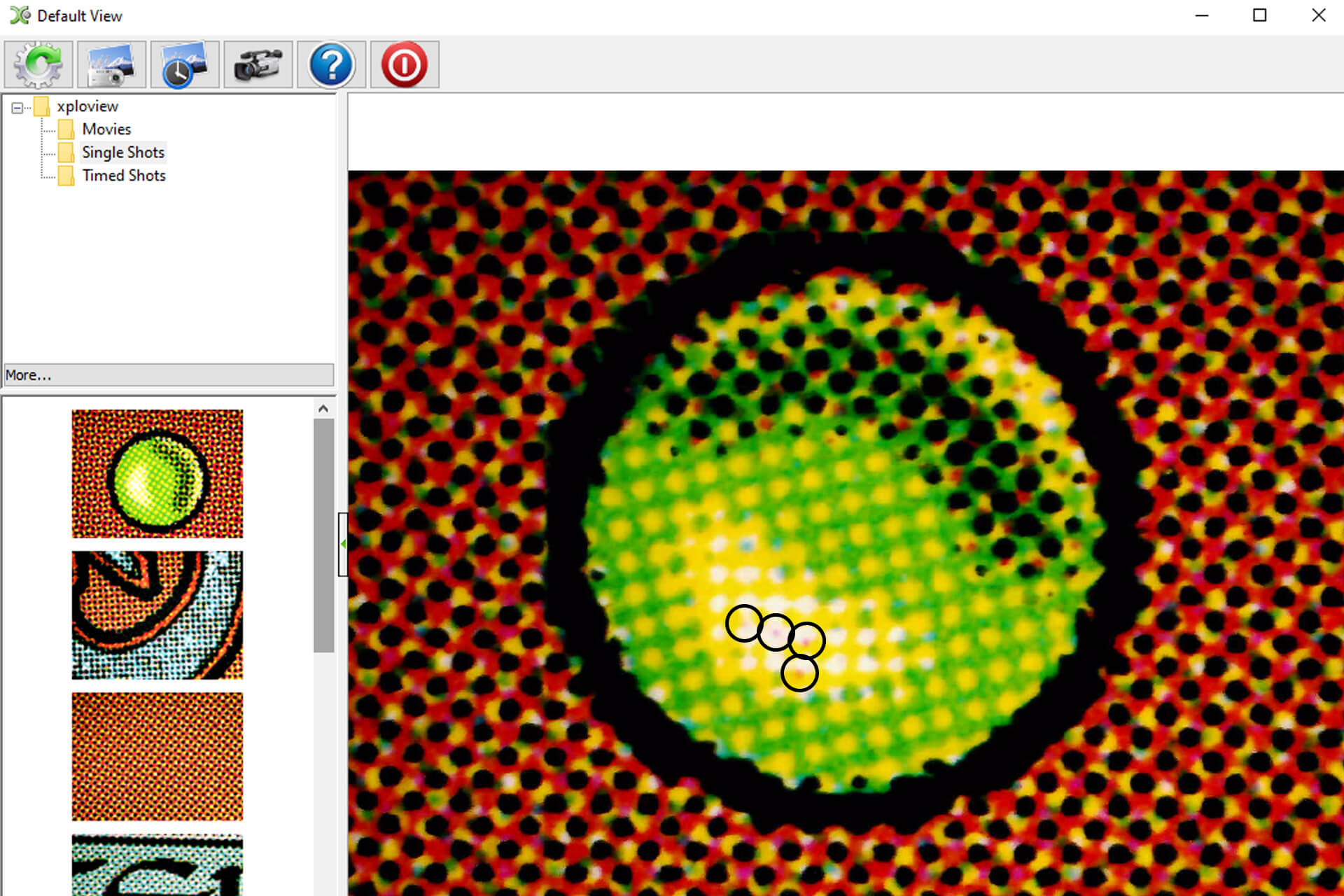 You can find more information about fakes and counterfeit magic cards as well as a detailed description of all available testings in our article about the topic:

In this article, we show you which easy and quick tests you can apply to prove the authenticity of your Magic the Gathering trading cards. Are Fakes and Counterfeits really a widespread problem? You can find out more here.